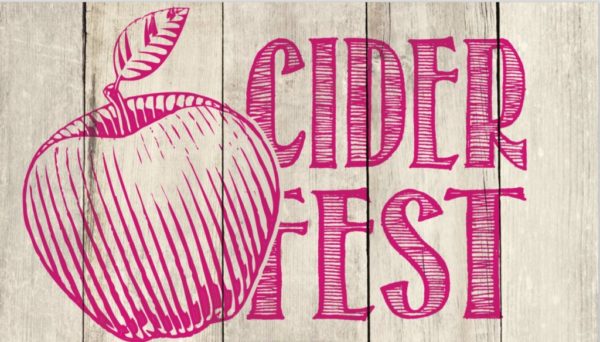 Autumn-lovers rejoice: a hard cider fest is coming to Rosslyn next month.

Multiple cider breweries are expected to set up stations in Gateway Park (1300 Lee Highway) on Thursday, October 17 so attendees can wander and sip at will. Festival goers will also be able to prove their mettle in a pie-eating contest later that afternoon.

Pie eating champions will compete for “a basket of Rosslyn goodies,” and will have one minute to eat a whole pie, according to the event description on the Rosslyn Business Improvement District’s website.

“We’re sure you’ve done your share of wine and beer tastings, but do you know how to taste cider and distinguish between varieties?” event organizers wrote. “Well, now’s your chance to learn more about this delicious alcoholic beverage that’s favored by many who don’t like beer.”

The festival will start at 4 p.m. and end at 8 p.m. that day. Attendees are encouraged to purchase tickets online — which cost $15 and cover the cost of sampling eight different brews — before they sell out.

Other Arlington festivals have offered mulled and regular ciders in years past, but this marks the second time Rosslyn squeezed a cider-only festival into the mix.