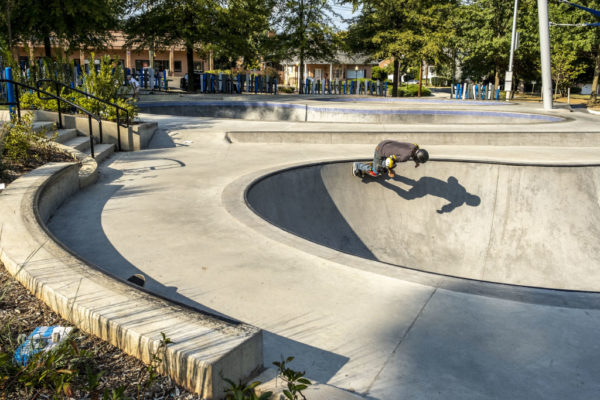 Ballston Burglar Busted — “At approximately 6:41 p.m. on September 15, police were dispatched to the report of a suspicious person. Upon arrival, it was determined that the victim was inside her residence when she observed the male suspect allegedly approach the door to the residence and attempt to force entry, causing damage. The suspect attempted to flee on foot prior to police arrival. Officers located the suspect in the area and he was positively identified.” [Arlington County]

N. Va. Locales Team Up to Lure More Employers — “Prompted partly by the success in luring Amazon, 10 Northern Virginia jurisdictions have formed an alliance to market themselves as a region to attract other companies, especially those in the high-tech arena. Instead of trying to poach businesses from each other, or promote themselves at their neighbors’ expense, they will compete mainly as a group against other major metropolitan areas such as Boston and Silicon Valley.” [Washington Post, Washington Business Journal]

Housing Discrimination Forum Planned — “A coalition of organizations will look at the history of housing discrimination in Arlington in an upcoming forum. ‘The Color of Housing: The History of Racism in Housing in Arlington’ will be held on Saturday, Sept. 28 from 1 to 3 p.m. at Wakefield High School.” [InsideNova]

N. Arlington Couple’s Nomadic Adventure — “Journalist Dan Kois and his wife, attorney Alia Smith, felt that their busy, comfortable existence in North Arlington was stifling true connections with their young daughters. So they did what some Washington parents only dream of: They moved far away. Then they moved again. And again.” [Washingtonian]