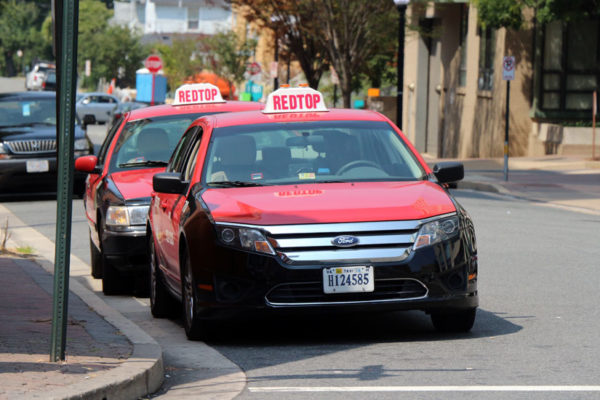 Taxicabs are becoming an increasingly less common sight on the streets of Arlington County.

After reaching a high of 847 in 2017, the number of authorized taxis in Arlington continues to fall precipitously. Over the past two years, the number of taxis authorized at the county’s three largest cab companies — Red Top, Yellow Cap and Blue Top — has dropped by a third.

In all, there are now 542 cabs authorized in Arlington, including 39 wheelchair-accessible cabs, as of March. That number, however, is almost certainly higher than the actual number of cabs on the road.

The taxi industry has been devastated by the popularity of ride-hailing apps like Uber and Lyft. In 2016, ARLnow reported that dispatched cab trips, the predominant measure of taxi activity in the county, plummeted by a third — from 2.6 million to 1.7 million annually — between 2013 and 2015.

Two local cab company, All Access Cab and Envirocab, have gone out of business since 2017.