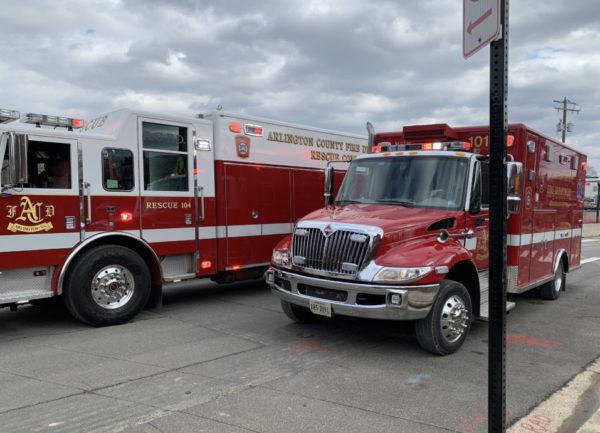 A man fell and was injured in a house that was reported to be undergoing renovations in the Bluemont neighborhood.

The incident happened around 1:30 p.m. Thursday afternoon, on the 5700 block of 5th Street N. Initial reports suggested a man fell through a hole in the floor and landed in the basement below, suffering both upper- and lower-body injuries in the process.

A large technical rescue response was dispatched to the home, though the situation did not ultimately require an extensive rescue operation. Medics transported the man via ambulance to a local hospital with non-life threatening injuries, the Arlington County Fire Department said in a subsequent tweet.

1:37pm @ArlingtonVaFD were called to 5700 blk of 5th St North for a report of a Technical Rescue. Male victim fell approximately 10ft to a hard surface suffering non-life threatening injuries. Fire/EMS carried him to a waiting ambulance and transported to the trauma center pic.twitter.com/W91jsWMoBs