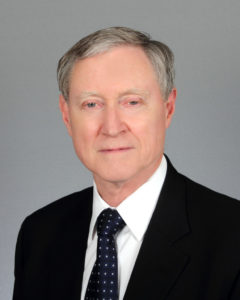 Last week, we asked the two candidates in the 32nd District state Senate race to write a 750 word essay on why our readers should vote for them in the Nov. 5 general election.

Here is the unedited response from Republican challenger Arthur Purves.

The minority student achievement gap that is so visible in high school actually appears in 4thgrade reading and math test scores, because reading and arithmetic are not taught successfully in early elementary school.

The most important years in anyone’s education are grades 1-3 because that’s where students are supposed to master reading and arithmetic facts.  If a student has not mastered reading and basic arithmetic by 4th grade, his academic and economic futures are ruined.  He is doomed to poverty, dependency, perhaps crime, and cannot get a good job, afford to marry, support a family, and father his children.  The resulting demand for welfare, Medicaid, and corrections drives up taxes and siphons money from transportation.

The reason for the low minority test scores in 4thgrade reading and arithmetic is the John Dewey (different from the Dewey of the Dewey decimal system used in libraries) “progressive education” that wrecked American public schools about a century ago. Dewey, a socialist and an atheist, taught at Columbia University Teachers College from 1904 to 1930.  He is considered the Aristotle of modern education.  He and his colleagues wanted America to become socialist, and to that end they developed a curriculum to dumb down the American public.

They replaced phonics with “whole word”, which expects children to memorize words without being able to sound them out.  “Whole word” has created a nation of 14 million dyslexics and an epidemic of ADD and ADHD, which are often associated with reading and learning disabilities.  They said arithmetic drill was unnecessary (“drill and kill”); now we have a STEM crisis.  They crowded out history with Social Studies, so Americans today do not know their history.

Dewey wanted the Lord’s Prayer and Ten Commandments to be replaced by secularism, which the Supreme Court mandated the 1960s.  The absence of religious restraint on the human character has resulted in family breakdown, domestic disputes instead of domestic tranquility, 40% of births outside of marriage, and is the underlying cause of violence, including gun violence. Gun violence is prevalent where fatherlessness is prevalent.  Fathers are the best form of gun control, and the Ten Commandments are the only gun control laws that ever worked.

Affluent children, who are generally white and Asian, learn phonics and basic arithmetic from their families.  The families of low-income children, who are generally Hispanic and African American are unable to teach at home what they were counting on the schools to teach, so Hispanic and African American children fall behind.  Thus, racial inequality in America is caused by the public schools’ embrace of “progressive education,” and not by the Founding Fathers. The legacy of “progressive education” is decades of racial inequality.  However, Dewey’s real goal is happening:  Forty percent of Americans support socialism.  To see the fruits of socialism, visit West Baltimore or North Philadelphia.

“Progressive education” has persuaded the public that low-income children cannot learn.  This is false.  They would learn with phonics and arithmetic drill.

The Virginia General Assembly is responsible for public schools.  However, for the 28 years my opponent, Senator Janet Howell, has served in the Virginia Senate, she has failed to “… ensure … an educational program of high quality …” as mandated by Article VIII of the Virginia constitution. Her solution is tax hikes.  She voted to raise the sales tax, a regressive tax, from 4.5% to 6%.  During her tenure, state spending on education increased from $4 billion a year to $15 billion, which was $5 billion more than needed to keep up with population and inflation.  And what has our “investment” in education bought?  Decades of racial inequality.