Three years after it first launched, Arlington-based catering marketplace Hungry has all but outgrown its Rosslyn office.

That’s despite the startup moving to Rosslyn after outgrowing its former Clarendon office. This time around, the company plans to stay put, neighborhood-wise, when trading up to a larger space.

“Once that time comes, and it’s coming soon, we’re not going to leave Rosslyn,” said Hungry co-founder Eman Pahlevani. “The area’s been too good to us.”

Over the course of 2018 and 2019, Hungry has expanded into a number of new cities: Atlanta, Boston, Philadelphia, and New York City, with plans to also open in Los Angeles next year.

“We launched New York City about five weeks ago,” Pahlevani said. “It’s skyrocketed and the journey has treated us nicely. We have over 150 executive chefs working for us now.” 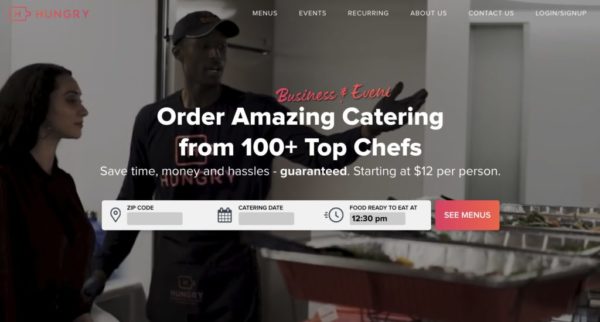 Hungry operates as an online catering platform, with a mission of making it easy to provide catered food to offices and meetings that people actually want to eat. Office managers are matched with area chefs, who in turn provide a full catering menu starting at $12 per person.

In addition, Hungry donates a meal for every two meals served.

“We’re expecting to reach 500,000 meals donated by the end of November, so that’s a really good feeling for us,” Pahlevani said.

Pahlevani said it’s rewarding to gain new customers, chefs and employees as the business grows and expands to new places.

“The business is taking on a national network effect, and it’s been really good to see,” Pahlevani told ARLnow. “A year ago we had 25 full-time workers, and now we’re up to 85.” 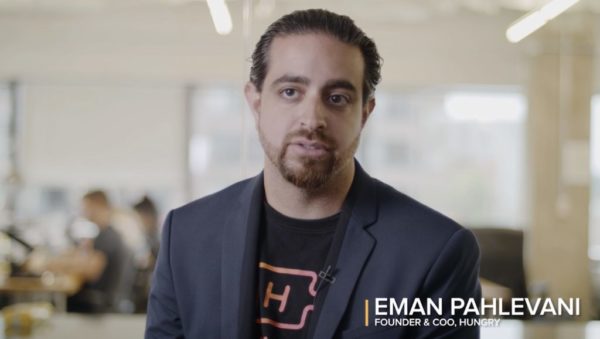 In April, the company raised $8 million during its Series A funding round, with prominent investors including groups led by musicians Usher and Jay-Z.

The startup plans to enter its B-round of funding by early next year as a result of growing interest from more investors. Among the A-listers that might be part of the Series B: Will Smith, Pharrell, and LeBron James.

“At first they just write checks,” Pahlevani said of the celebrity investors at a recent DCA Live event, but if the company is growing, “they start to get more involved” and bring on more friends as investors.

“They also help us launch in the markets they’re in, and they want to bring LA on board,” he added.

END_OF_DOCUMENT_TOKEN_TO_BE_REPLACED

More Stories
Christian Dorsey: Why You Should Vote for MeLegal Insider: What is a Whistleblower?