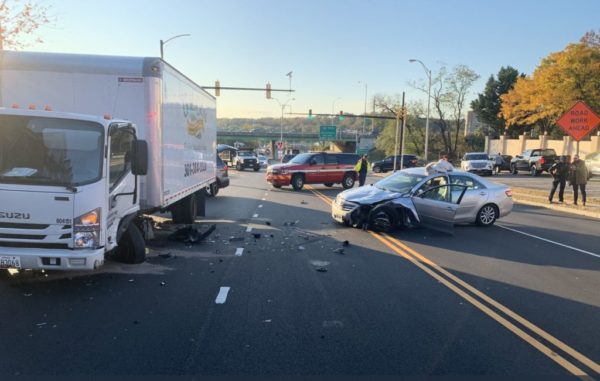 It’s a rough morning for anyone driving on either end of Glebe Road in Arlington.

The crash, involving a box truck and at least one car, has prompted the closure of Glebe at 24th Street S., near I-395, in both directions, according to the Arlington County Fire Department.

So far, there’s no word on injuries.

Updated at 9:15 a.m. — The road is back open after the earlier closure.