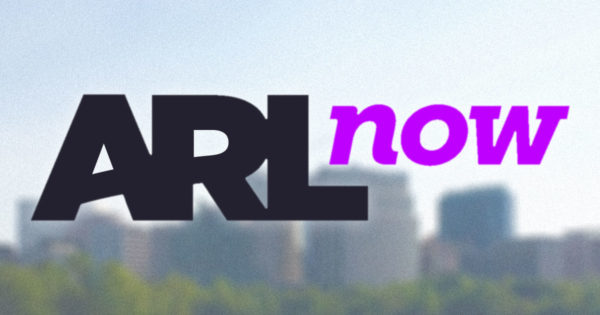 An ARLnow reporter is leaving but a familiar face and a new intern will be joining the team in January.

ARLnow’s Kalina Newman is leaving to pursue a new career in organized labor as the Press Secretary for the AFL-CIO. Her last day is today.

“I’ve been extraordinarily grateful for the opportunity to come back and write for ARLnow,” Newman said. “As someone who grew up in Arlington, it’s been surreal graduating from journalism school and jumping right into reporting on the community I know best. It’s no secret the media landscape is shifting, for better or for worse — and now more than ever, local journalism matters.”

“Leaving ARLnow, I cannot stress enough how much the readership has meant to me,” she continued. “To everyone who has clicked, shared, commented, and lit up in person when I’ve mentioned the site, thank you. I’m excited to transfer my skills to the labor movement, but you haven’t seen the last of me — I just signed a lease for an apartment in Ballston, and can now properly join the ranks of ARLnow commenters. Username suggestions appreciated.”

Separately, ARLnow’s new sister site ALXnow announced today that it has hired James Cullum, an experienced local journalist, to join the site’s reporting team and expand its coverage of Alexandria. That will in turn allow Vernon Miles to split his time between between ARLnow and ALXnow, so expect a return of Vernon’s bylines in the new year.

ARLnow also will be adding a part-time spring semester intern later in January. Shreeya Aranake, a GW student who originally hails from Silicon Valley, will join the ARLnow team for three days a week later in the month. Finally, Ashley Hopko, who primarily reports for our Tysons Reporter and Reston Now sister sites, will be occasionally contributing to ARLnow.