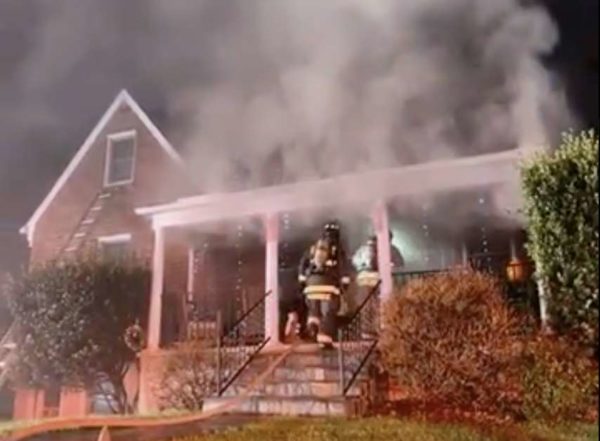 Firefighters battled a basement fire at a house in the Westover neighborhood over the weekend.

The fire broke out early Saturday morning on the 5900 block of Washington Blvd, a block from Westover’s main business district.

The fire was extinguished and no injuries were reported. County Fire Marshals are now investigating the cause.

#Breaking: Units are on scene of a basement fire in a single family home on the 5900 block of Washington blvd. Avoid the area and expect a large fire dept response. pic.twitter.com/E9CBqbsdc2

#Update: Crews have extinguish the fire. They are now working on ventilating the building and checking for any hot spots. All occupants have been confirmed out of the home. pic.twitter.com/KMX2VTXiFR

#FinalUpdate: Fire has been fully extinguished. All searches of the home were negative. Crews will be working on ventilation and overhaul. Fire Marshals will be investing the cause. pic.twitter.com/6GylZjd14S