The company, founded 13 years ago, helps people within companies, nonprofits and member-based organizations build stronger communities, according to a company spokesperson. It was named to the Inc. 5000 list of the fastest growing companies in the country last year.

Higher Logic was founded under Rob Wenger, who is the executive chairman. It moved to Rosslyn in 2018 and now has offices in Portland; Saratoga Springs, New York; and Australia.

The company’s nonprofit customers include organizations like 340B Health and the American Association of Airport Executives.

Though Higher Logic specializes in building online communities, development of marketing automation and integration of pre-existing platforms, according to a company spokesperson.

The software gives people the tool to to facilitate efficient conversations, clear up confusion and answer questions by connecting the right people and even help people form mentorships, the spokesperson said. 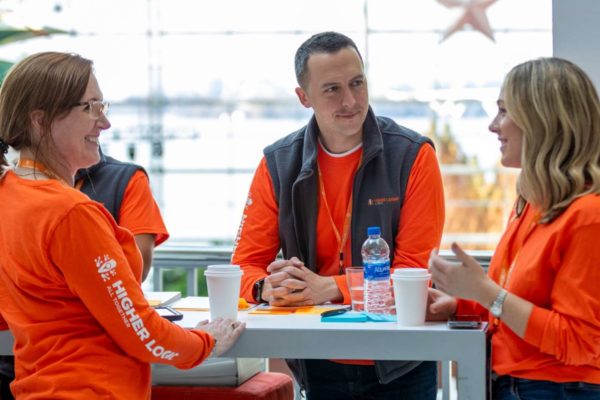 Throughout the years, the company has received grants and awards including a $60,000 grant from Arlington Economic Development. It was also listed in 2016 as one of Virginia’s Fantastic 50 Companies by the Virginia Chamber of Commerce.

In an interview published by the Rosslyn Business Improvement District, Hunter Montgomery, who was previously in charge of the Higher Logic’s marketing, said the company’s growth can be at least partially attributed to its acquisition of two companies: Informz and Real Magnet, Inc.

Now, the company employs around 320 people and is actively hiring, according to a press release, which added that the company is looking to take on roughly 30 new employees in almost every department.

Every year around the fall, Higher Logic hosts a conference in D.C. bringing together clients from around the country. The spokesperson said the gathering serves as a training opportunity to educate customers on how to use the software and allows people to brainstorm new potential improvements and give feedback.

The 2020 conference is set for September.