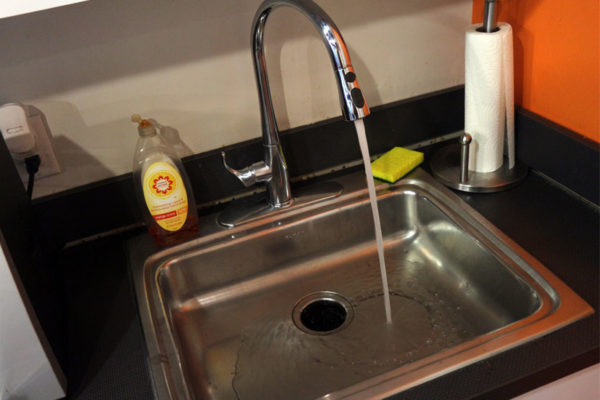 Local listservs and Nextdoor networks in Arlington have been abuzz over high water bills, but officials say there’s a very simple explanation for it.

Many residents — including at least one ARLnow staffer — saw a 40%+ jump in their most recently quarterly water bills.

“I’m seeing on NextDoor many people complaining about high Q4 water/sewer bills,” Noah, a local resident, said in a tip to ARLnow earlier this month. “Ours for example indicated a 50% increase in daily consumption over same period last year.”

“Many, many Cherrydale residents got enormous water bills this quarter double and triple their normal bills,” said June, another Arlington resident. “Our listserv is loaded with comments.”

But Arlington’s Dept. of Environmental Services says it has not found any systemic problem leading to high water bills. Instead, officials suggested, an extended drought led to more outdoor watering and thus higher water usage by those with yards and outdoor vegetation.

“From what we’ve seen in our data so far, there was some increase in usage in the September time frame,” Mike Moon, the Chief Operating Officer for DES, told ARLnow this morning. “We attribute that mostly to the drought… Sometimes there are issues with meters, [but we’re] not seeing any systemic issues this time around.”

DES says it saw a 14% increase in water usage in September, as the drought intensified.

In an email to ARLnow, one local resident wondered whether online forums were leading people to draw false conclusions about the higher bills.

“Can you investigate the Arlington buzz about unusually high water bills?” asked Betsey. “Places it’s been discussed [include] Ashton Heights, Cherrydale, Lyon Village, and a few complaints from Bluemont.”

“Either it’s a real problem,” she continued, “OR the power of the Internet is breeding a false problem.”

A statement to water customers released by DES is below, after the jump.

Arlington County is committed to providing high-quality customer service and safe drinking water to our community – and we take resident concerns seriously. In response to feedback from neighbors who recently received noticeably high water bills, the Department of Environmental Services will be performing data analysis of customer consumption trends along with weather data for 2019. Based on our review to date, there is no evidence high bills are a result of a systemic issue.

We’re exploring a couple of factors that may be impacting water bills. First, water usage across the County spiked during the regional Flash Drought from August into October last year. Demand for water from our supplier, the Washington Aqueduct, spiked more than 14 percent in September alone compared with the prior year. Our neighboring utilities saw similar increases in demand as many customers maintained their landscape and tree investments in the harsh, dry heat. Individual customer bills vary substantially during droughts. In 2016’s drought:

In addition, the combined water-sewer rate rose from $13.62 to $13.80 per 1000 metered gallons on July 1, an increase of 1.3%. Also, the water-sewer-refuse account system was upgraded last fall to a different software platform, extending the billing window for some customers by a few days.

While the County uses proven technology to meter and bill customers, we continue to investigate other possible reasons for high bills. Our technology includes several layers of sensitivity testing to validate accuracy. We also use algorithms to flag accounts and notify customers with unexpectedly high usage. Customers can request a technician to investigate possible leaks and other high usage concerns.

We are here to help and will continue to review our processes to ensure that billing remains accurate and timely.