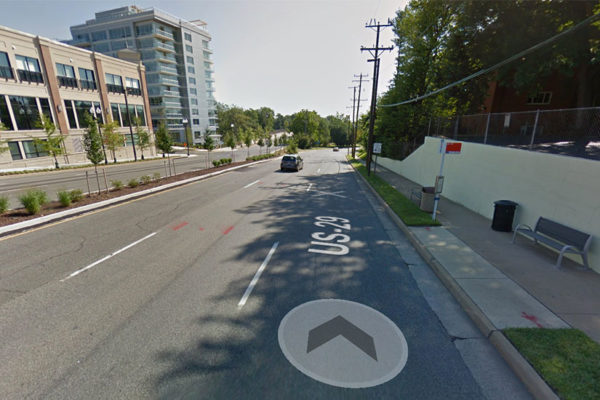 Arlington is once again planning to convert an outside lane on Lee Highway to bus and HOV only.

The sections with a bus lane are three lanes in each direction, and during peak periods roughly 25 loaded buses travel down that stretch of Lee Highway per hour, according to county documents.

“The section between North Veitch Street and Rosslyn is very heavily congested and sharply degrades bus performance and reliability, which will be improved by the lane conversion,” staff said.

An application for the project was submitted last year, but staff said at the Transportation Commission that funding was not approved because the designs had not advanced enough and were too broad in scope.

“The FY 2021-2022 application has been re-scoped to focus on the portion of Lee Highway with the greatest need,” staff said in a request to file the applications. “That has in turn reduced the estimated cost by one-third compared with the previous application.”

Staff said the deadline for grant submission is the end of January and the county would hear back in the spring. If approved, funding would include a feasibility test and the project could be incorporated into ongoing plans to reshape Lee Highway.