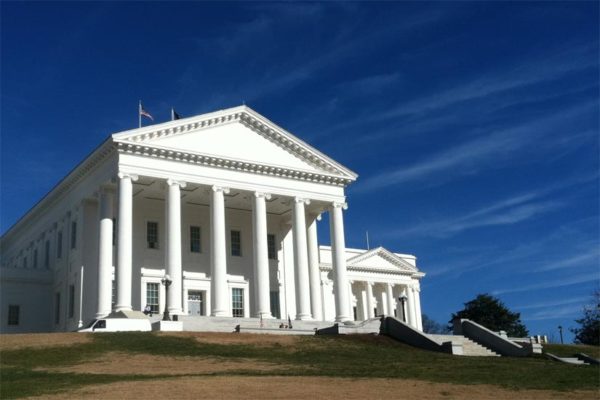 Arlington’s state senators aren’t alone in pushing for gun control in Richmond this legislative session — their counterparts in the House of Delegates have also proposed a number of bills on the topic.

Other bills being reviewed by Arlington’s delegates this session range from a local civil rights fight to the recognition of some Arlington cemeteries as historic places.

The all-Democrat group of delegates have been empowered by a new Democratic majority in the state legislature. Many of the gun control measures proposed in the House of Delegates and the State Senate have already faced substantial pushback, particularly from a crowded gun rights rally on Monday that drew national headlines, though a number of bills have passed at least one of the chambers.

Below are some of the bills that have been proposed by each of Arlington’s delegates.

Among bills introduced by Del. Mark Levine is HB 180, which would eliminate the requirement that the race of spouses be included in the marriage record filed with the state. Levine is also sponsoring HB 301, which would decriminalize simple possession of marijuana. Both bills were referred to committees, and HB 180 was recommended by a subcommittee on Tuesday.

The requirement of couples to list their race on marriage licenses is an obscure holdover from Jim Crow laws that’s gotten some pushback over the years, including a lawsuit in September by a local lawyer that ended with a judge ruling the law was unconstitutional.

Levine also introduced several gun control measures as well, including restriction of firearm ammunition, prohibitions on ownership after certain criminal convictions, and a prohibition on the sale or transport of weapons defined in the bill as “assault firearms.”

Hope is also the sponsor of the House version of Favola’s bill that would eliminate the death penalty for cases involving a severe mental illness. Hope’s HB 1284 would eliminate the use of isolated confinement in state correctional facilities and juvenile correctional facilities. One bill, HB 1120, would also dramatically increase the tax on tobacco products, from the current 30 cents per pack to $1.80 per pack.

Hope’s gun control legislation, HB 1080, would prohibit school boards from authorizing or designating any person to possess a firearm on school property other than those expressly authorized by state law.

Also of note is Hope’s bill, HB 712, which would allow anyone required to post ordinances, resolutions, notices or advertisements in newspapers to publish instead in an online publication. The requirement for governments to only post notices in print newspapers is a standing rule backed by organizations like the Virginia Press Association. The requirement has gotten some pushback in recent years by local jurisdictions like Vienna, which argue that the law is costly and unfair to areas without print newspapers.

Among Rip Sullivan’s proposed legislation is HB 213, which would add out-of-state student IDs to the list of acceptable forms of voter identification, and HB 379, which adds three cemeteries in Arlington (Calloway Cemetery, Lomax Cemetery, and Mount Salvation Cemetery) to the list of organizations that may receive funds from the Department of Historic Resources.

Sullivan’s gun control legislation includes HB 674, which would allow law enforcement to remove firearms from someone they deem poses a substantial risk, HB 458, which would make it a Class 1 misdemeanor for a fugitive to purchase, possess or transport a firearm, and HB 459, which would prohibit anyone convicted of assault and battery as part of a hate crime from possessing or transporting a firearm.

Legislation from Lopez includes HB 1184, which opens up options for distributing generated solar energy by individuals and localities, and HB 219, which would automatically register individuals at the Department of Motor Vehicles who are applying for or replacing their driver’s license.

Lopez’s gun control legislation includes HB 264, which would remove the option for concealed handgun permit applicants to demonstrate competence electronically, and HB 260, which increases the allowed length of time for a background check from the end of the next business day to within five business days.

Crossover for legislation — when bills that pass one house are considered by the other — is scheduled for Tuesday, Feb. 11, and the last day to act on remaining bills is March 5. Gov. Ralph Northam can sign or veto legislation until April 6, and the new laws will take effect July 1.

more stories
Previous
Statutes of Liberty: Could Prince Harry Become a US Citizen?