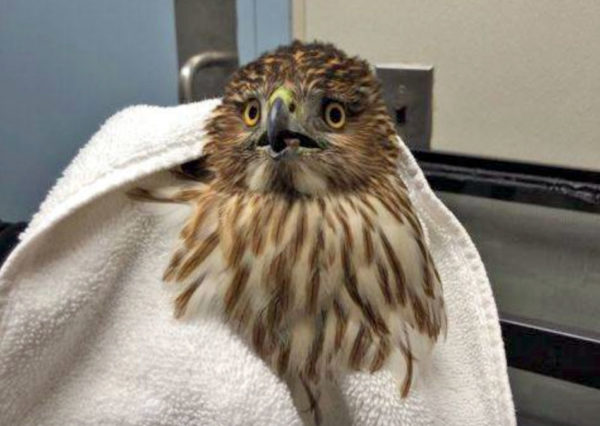 A young red-tailed hawk that fell out of a tree “like a sack potatoes” near the Virginia Square Metro entrance is being nursed back to health.

The Animal Welfare League of Arlington said one of its animal control officers was able to safely capture the ailing hawk, and it’s now on the road to recovery at a “local bird of prey rehabber.”

Thanks to our community working together, this juvenile Red-Tailed Hawk is now safe and sound! Earlier this week, our officers received a call about a bird that “fell out of a tree like a sack of potatoes” in front of the Virginia Square metro station. Officer Rose was dispatched to the scene, and was able to safely capture him and bring him to one of our local bird of prey rehabbers. They determined that the hawk was young and underweight, and so will care for him until he is back at a healthy weight and can be released back into the wild.

Thank you to everyone who helped get this hawk on the road to recovery!