On January 23, the Land Use subcommittee of the Virginia House of Delegates considered two bills from Delegate Ibraheem Samirah (D-Fairfax) to remove the restrictions of single-family zoning from Virginia neighborhoods.

HB 151 would have overridden local bans on accessory dwelling units and HB 152 would have forbade local authorities from banning duplexes on residential lots.

Unfortunately, but not surprisingly, these bills failed to launch out of their subcommittees. We need to build support now so they will have better luck next year.

The idea of legalizing middle housing is brand new to Virginia, and I know that with another year of organizing we can get it done.

Today was not the end of our push to end exclusionary zoning, it was just the beginning!

The report on the hearing from WAMU called the proposal “ambitious,” but Delegate Samirah’s bills were very minimal interventions into local housing policy. They would simply allow two units on residential land currently limited to a single unit. This would have permitted smaller, lower-cost, and more land-efficient homes throughout the state, especially in more urban areas where housing costs are increasing rapidly.

But other regulations, such as setbacks and parking requirements that inhibit “missing middle” housing, would have remained.

These bills have something for both liberals and conservative. Democrats can take a stand for affordable housing and neighborhood diversity, as well as sound environmental policy. Republicans can claim a victory for individual property rights. It should be a win-win. My colleague at Greater Greater Washington, Alex Baca, spoke in favor of the bill, as did Emily Hamilton, representing the conservative Mercatus Center.

Yet, as we’ve seen many times, housing policy debates do not fall along party lines. Instead, incremental changes, which actually re-legalize housing types that were common in urban neighborhoods a century ago, are victims of suburban identity politics. It doesn’t help that the Land Use subcommittee has no voting members from Northern Virginia, where the housing shortage is most acute.

But despite the widespread yearning for a yard and your own four walls, I simply don’t understand why anyone would object to a duplex next door. Duplexes can look just like a single-family home. Instead of razing an older home to construct a 6,000 square foot McMansion, the same lot could have two 3,000 square foot homes. 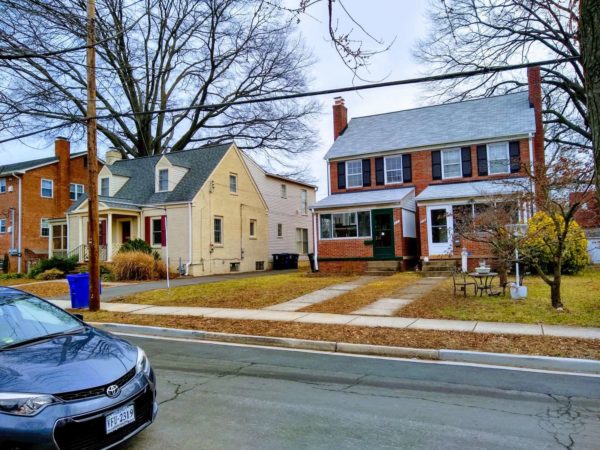 In the urban environment, detached homes are the only hope for middle-income families to purchase a “starter home.” Many desirable neighborhoods, such as Del Ray, already have duplexes and small apartments interspersed with single-family homes. This form of density is necessary for creating walkable neighborhoods with retail, restaurants, and other amenities. An none of this prohibits single-family homes from being built.

I hope more delegates from Virginia’s dense cities and counties, especially delegates who represent Arlington, will help champion Delegate Samirah’s bills when they come to the legislature in 2021. Opening all residential land to duplexes, when the property owner desires, is a simple, modest, and easy step toward addressing the state’s housing shortage.