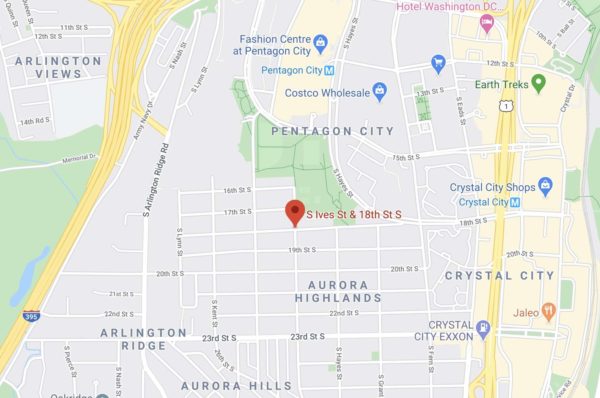 A 25-year-old man is in custody after police say he attacked a woman in the Aurora Highlands neighborhood near Pentagon City.

The alleged attack happened around 7:15 p.m. Tuesday at the intersection of 18th Street S. and S. Ives Street.

Police say the man wielded a knife as he knocked the victim to the ground, with the intent of sexually molesting her. The woman fought back and the suspect was ultimately scared off by a witness. Officers located a man matching the suspect description nearby and took him into custody.

ABDUCTION WITH THE INTENT TO DEFILE, 2020-02110202, 18th Street S. at S. Ives. At approximately 7:23 p.m. on February 11, police were dispatched to the report of an assault that just occurred. Upon arrival, it was determined that the victim was walking in the area when she heard someone behind her. The victim turned and confronted the suspect who allegedly knocked her to the ground, brandished a knife and assaulted the victim. A witness yelled at the suspect, causing him to flee the scene on foot. Responding officers located an individual matching the suspect description and he was later positively identified. The victim suffered minor injuries. William Peoples, 25, of No Fixed Address was arrested and charged with Abduction with the Intent to Defile and Carrying a Concealed Weapon. He was held without bail.

Abduction with the Intent to Defile is a serious, infrequently charged crime that, if convicted, is punishable by 20 years to life in prison.

This was the fourth notable criminal incident in the Pentagon City area since Sunday.