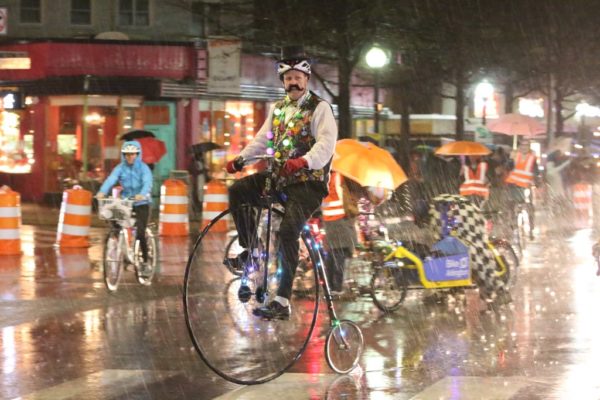 Mardi Gras is cancelled for Clarendon — again — and it seems increasingly likely that cancellation is permanent.

Elizabeth Crocker, executive director of the Clarendon Alliance, confirmed to ARLnow that there will be no Mardi Gras parade for Fat Tuesday (Feb. 25) this year.

The tempestuous February weather takes some of the blame. Crocker said the parade has been frequently cancelled or postponed because of bad weather, and the organization lost money it had spent. Given this year’s damp winter, unfavorable conditions seem likely to repeat.

The parade has gone on despite bad weather before, but has also recently faced competition from other Mardi Gras events around the area.

While the parade is cancelled, Green Pig Bistro in Clarendon (1025 N. Fillmore Street) is still planning a Fat Tuesday celebration at 5 p.m.

END_OF_DOCUMENT_TOKEN_TO_BE_REPLACED

More Stories
Boring Title: Purchasing a Home Can be a Rocky ProcessWhat’s Next: Part Time Elected Offices Set Up for Ethics Failure