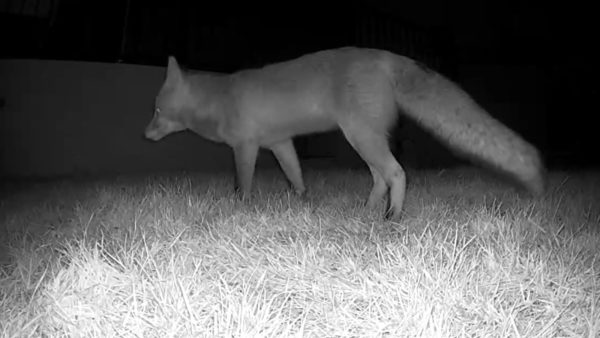 Update on Cupid the Cat — “‪We want to send a HUGE thank you to everyone who has donated so far to Cupid’s recovery! We have been overwhelmed by all of your support, and are so grateful for your kindness and generosity. We’re happy to report that today Cupid is doing really well after his surgery yesterday! He has a good appetite, is getting lots of rest and just wants to spend as much time as possible snuggling with our staff.” [Facebook]

Shirlington Employment Center to Relocate — “Arlington County Board members later this month are slated to approve the move of the Shirlington Employment & Education Center (SEEC) into space at the Arlington Mill Community Center. The non-profit organization will occupy 845 square feet of space on the fourth floor at the center, located at the intersection of Columbia Pike and South Dinwiddie Street. It currently occupies space in the Four Mile Run corridor.” [InsideNova]

Mother Climbs Mountain After Son’s Death — “After losing a teenage son, Henry, to leukemia, Arlington resident Heather Burneson had to take life one step at a time. She took that attitude to the top of Mount Kilimanjaro in Africa on ‘a healing trip,’ for her and several family members.” [Connection Newspapers]

Armed Man Protests at Del. Levine’s House — “A Republican official from Hopewell, Virginia drove to Alexandria this weekend for a small, armed protest outside Delegate Mark Levine’s home in Old Town.” The state lawmaker, who represents parts of Alexandria Arlington and Fairfax County, “said when he found out about the protest, he called the police.” [ALXnow]

Nearby: Local Sears Store Closing — “The Seven Corners Sears is closing April 12. There are deep discounts throughout the store. Signs in the store say all sales are final, no returns are allowed, and points may be redeemed on purchases.” [Annandale Blog]