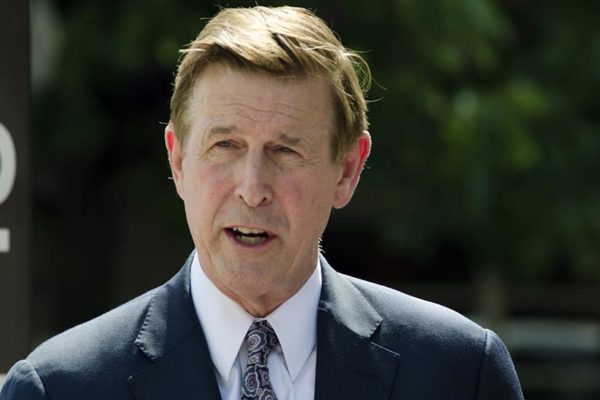 As coronavirus continues its rapid spread, Rep. Don Beyer (D-Va.) is among those self-quarantining after coming into contact with someone who had the disease.

Beyer announced Tuesday night that he recently dined with a friend in D.C. who later tested positive for COVID-19. The congressman, who represents Arlington, Alexandria and parts of Fairfax County, made the announcement shortly before a telephone town hall meeting he organized about coronavirus.

Beyer said in a statement that his office will be closed and he will not attend votes until Monday, when he hopes to return to the Capitol.

This afternoon my wife Megan and I were contacted by the Virginia Department of Health to share details with us about the illness of a friend who tested positive for COVID-19 after dining with us. They informed us that the timeline of his infection began shortly after our contact on February 28.

At the request of the public health officials, I will self-quarantine to ensure that I do not pass on any potential illness to others. In the 10 days since that dinner neither of us has shown symptoms, and we understand that the probability that we have an infection is low.

Representing Northern Virginians is an honor and privilege which I love, and I especially hate to be away from the Capitol at this time of national crisis. But I feel strongly that one of the most important contributions people in positions of leadership can make at such times is to share the best advice from experts, and where necessary, to model it in our behavior.

My office will close for public business and I will not attend votes or hearings until Monday, when medical advisers say I should be clear to return.

In an interview with ARLnow on Monday, Beyer discussed why he has been sharply critical of President Trump and his response to the outbreak.

“My criticism of the president has been based around poor leadership, poor coordination of response, and deferring on the testing capacity,” he said. “Very clearly, a number of his statements over the past several days have flatly been not true… I know the president believes he’s good at a lot of things, but he’s making scientific pronouncements with no basis of fact.”

Trump led a bumbling response that put us way behind other countries on testing. He lied about the seriousness of the pandemic for weeks.

House Democrats put together and passed a strong spending package to fund a good, science-based response.

“It was disappointing to see the president playing golf this weekend,” Beyer continued. “I have never been critical of his golf playing, presidents need to rest too. But this seems like a national crisis like a 9/11, where you want everyone playing attention… [and Trump] criticized Obama all the time for playing golf.”

The congressman said “only time will tell us how big of a deal” the coronavirus outbreak is, adding that it’s “a rapidly unfolding scientific story” and he’s “praying for mild cases throughout our society.” He said he expects Congress to vote for “some sensible stimulus” — maybe an infrastructure package — to “pull us out of any economic funk that we experience” as a result of the outbreak.

“I think it’s inevitable that we’re going to have to look at some sort of stimulus to stimulate the economy after this kind of a hit,” he said.

“People shouldn’t panic,” about coronavirus, Beyer said. “They should prepare.”

END_OF_DOCUMENT_TOKEN_TO_BE_REPLACED

More Stories
JUST IN: Another Coronavirus Exposure at a Crystal City OfficeJust Reduced Properties in Arlington