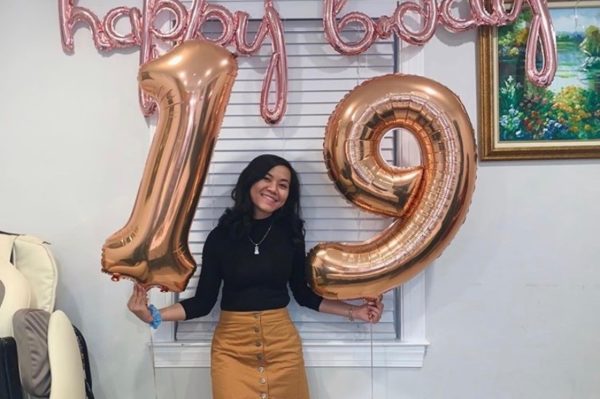 Wakefield High School’s “Warrior Nation” and other friends of recent grad Truc Tran are rallying online to raise money online for the medical care of a student who was badly injured in a car crash last month.

Tran graduated from Wakefield in 2019 and is a freshman at Virginia Commonwealth University (VCU) studying biochemistry. Her friend Ileana Mendez, who created the GoFundMe for Tran’s family three days ago, said Tran excelled academically and is kind and sincere.

According to the GoFundMe page:

On February 23rd, 2020, Truc was driving back to VCU from her home in Arlington when she was involved in a terrible car accident along with her roommate and her friend. Truc was laying down on the back seat, with no seatbelt on. She suffered the worst injuries out of everyone in the car and had to be taken [to] a different hospital.

The page says that Tran suffered severe brain damage, collapsed lungs, and a broken spine. She was admitted to the cardiovascular ICU unit and given sedation.

“Truc is now at the Trauma ICU, being closely monitored and everyone is waiting for more updates on her condition,” Mendez said on the page. “She was slowly taken off the sedation and was able to open her eyes and move her shoulders and head a little. However, since the brain damage was too severe, the doctors are unsure if Truc will be able to be more responsive than how she is right now — only able to blink, move her fingers, toes, and her shoulders.”

Mendez said the broken spine will require additional surgery on top or two previous operations that attempted to fix the damage to her lungs.

“Truc’s family needs as much help as possible,” Mendez said. “Her parents are unable to work in this situation and they still have to take care of Truc’s little sister. It would be extremely appreciated if you could donate as much as you can in order to be able to cover for Truc’s stay at the hospital and for the recovery that lays ahead. The goal is to reach $500,000 as soon as possible, but whatever amount is reached we’ll be grateful for.”

The page has been shared throughout the Wakefield High School community.

Warrior Nation, please consider donating to Truc Tran (WHS ‘19) & her family through these difficult times. She is a brilliant student. More importantly, she is a caring, wonderful human being. Your support & thoughts are greatly [email protected] https://t.co/178rYjtVnV