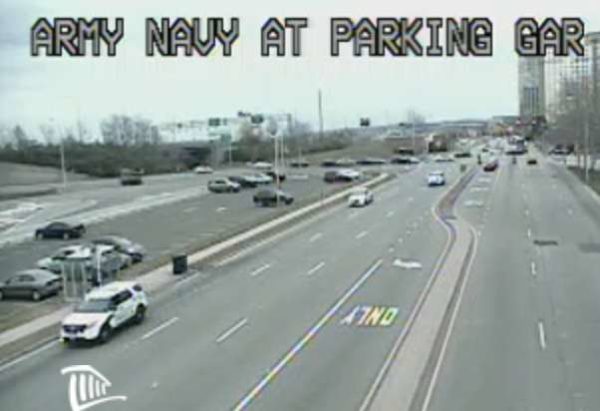 The U.S. Attorney for the Eastern District of Virginia — the top federal prosecutor for Northern Virginia — is lauding Arlington County Police for its response to a robbery in Pentagon City last night.

The incident happened around 5 p.m. Wednesday. Police say a group of juveniles approached a taxi driver near the Pentagon City Metro station, began rifling through the cab, and then punched the driver and took his phone and cash.

Officers quickly arrived on scene and took three suspects in custody. After a series of foot chases, and a swarm of officers providing backup, another three were taken into custody.

Scanner: ACPD responding to a robbery at the Pentagon City Metro station. Victim assaulted and robbed. Police chasing group of suspects on foot.

Arlington County Police Department is investigating a robbery by force on the 1200 block of S. Hayes St. A man was assaulted and robbed; the suspects stole his cell phone. All suspects are juveniles and were taken into custody. photo credit: @Conthescene pic.twitter.com/ILEAvgOqqv

The victim was treated on scene for minor injuries. Three of the suspects are now facing charges.

ASSAULT AND BATTERY (Significant), 2020-03180122, 1200 block of S. Hayes Street. At approximately 4:56 p.m. on March 18, police were dispatched to the report of a robbery by force. Upon arrival, it was determined that the driver of a taxi cab was seated in his parked vehicle when a group of six juveniles approached. Suspect One allegedly opened the passenger door of the vehicle and began rifling through the victim’s property. The victim exited the vehicle and confronted the group at which point Suspect Two came up from behind and struck the victim. The juveniles then fled the scene with the victim’s phone and cash. An arriving officer located three of the juveniles and took them into custody without incident. Following brief foot pursuits, additional officers located the three outstanding juveniles and took them into custody. The victim was treated on scene by medics for minor injuries. Suspect One was charged with Grand Larceny. Suspect Two was charged with Assault and Battery and Conspiracy to Commit a Felony. A third juvenile suspect was charged with Conspiracy to Commit Grand Larceny.

U.S. Attorney G. Zachary Terwilliger commended police for the swift response during trying times, “lest the rule of law disintegrate” amid the coronavirus outbreak.

Thank you ⁦@ArlingtonVaPD⁩ for responding and arresting these alleged assailants – strong arm robberies must be addressed swiftly, lest the rule of law disintegrate amid these tense times. #Backtheblue https://t.co/arX4fs8p6X