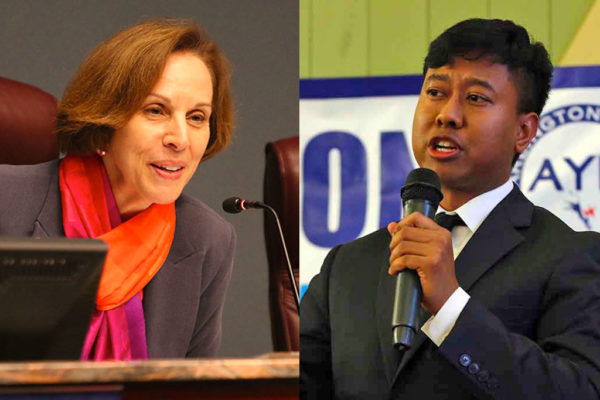 (Updated at 2:45 p.m.) Gov. Ralph Northam announced a plan yesterday that will shift summer primary election dates across the state back by two weeks amid the coronavirus pandemic.

The previously-sheduled June 9 primary will now shift back to June 23.

The Democratic primary sees incumbent County Board chair Libby Garvey facing off against challenger Chanda Choun. On the Republican side, there is a three-way primary among Daniel Gade, Thomas Speciale, Alissa Baldwin for U.S. Senate.

“As other states have shown, conducting an election in the middle of this global pandemic would bring unprecedented challenges and potential risk to voters and those who work at polling places across the Commonwealth,” Northam said in a press release. “Making these decisions now will help election officials prepare and implement the necessary changes. This is about protecting the health and safety of Virginians during this pandemic and ensuring our citizens can make their voices heard in a safe, fair, and uniform manner. I urge the General Assembly to do their part and take action to move our upcoming elections.”

Erik Gutshall’s resignation also leaves another empty seat on the County Board. County spokeswoman Mary Curtius said nothing has been decided yet about the special election for Gutshall’s seat.

Gretchen Reinemeyer, Director of Elections, said there are a number of state laws the County will have to sift through as it prepares for a potential special election.

“The Governor’s request that the legislature delay May town and city elections does not apply to our special election,” Reinemeyer said. “The Circuit Court will issue a writ setting the election date 60-80 days from the vacancy.”

Reinemeyer said the special election cannot happen before or on the same day as the primary.

Five candidates are also vying for two vacant spots on the School Board and are seeking the endorsement of the Arlington County Democratic Committee. Arlington Democrats announced earlier this week that it will be holding its endorsement caucus by mail.

END_OF_DOCUMENT_TOKEN_TO_BE_REPLACED

More Stories
Arlington Ranks as No. 1 Place for Working from HomeBoring Title: Don’t Want to Leave Your Home For a Real Estate Closing?