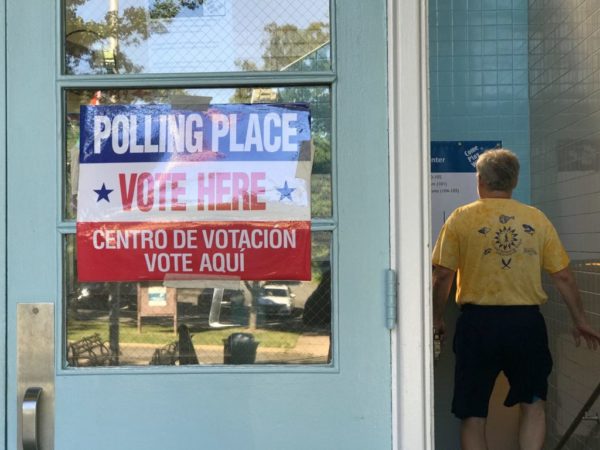 (Updated at 5:40 p.m.) Arlington residents will select a new County Board member on July 7, following the resignation of the late Erik Gutshall.

Gutshall resigned from the Board just 10 days before passing away from brain cancer on Thursday, April 16.

Earlier this afternoon, Arlington Circuit Court Chief Judge William T. Newman, Jr. set Tuesday, July 7 as the special election date for Gutshall’s successor, who serve out the rest of his term through the end of 2021.

State law “provides that the special election shall be held not less than sixty days and not more than eighty days after the occurrence of the vacancy,” Newman noted in his decision. It cannot be held “within the fifty-five days prior to a general or primary election.” The statewide Virginia non-presidential primary this year is scheduled for June 23.

Late Friday afternoon, in an emergency meeting, Arlington’s Electoral Board set a candidate filing deadline of Friday, May 8.

Candidate Filing deadline is Fri, May 8th, 5pm for the July 7, 2020 Special Election for County Board. We are working w @vaELECT to get a candidate bulletin ready. If you want more info email us: [email protected] We're here to help!

Following the selection of the filing deadline, the Arlington County Democratic Committee announced that it would be holding a closed caucus among its Steering Committee and County Committee members, unless Gov. Ralph Northam and the state legislature act to push the special election date back.

More from an email sent by the local party to members:

Arlington Democrats believe a vote-by-mail nomination caucus open to all Democratic registered voters in Arlington would best serve the interests of democracy and Arlington voters in this unprecedented time of public health crisis. But, in order to meet the aggressive timeline set by the laws of Virginia, it is impossible to facilitate a vote-by-mail nomination process. This leaves the Arlington Democrats with no option but to select the Democratic nominee through a closed virtual caucus, which involves a vote by the members of its Steering Committee and County Committee that will conclude by May 7.

Arlington Democrats also is asking Governor Northam and the General Assembly to move the special election date so that political parties have the ability to hold an open nomination process, while respecting necessary social distancing measures. Please help us to fight for the voting rights of Arlington voters by signing this petition — act today!