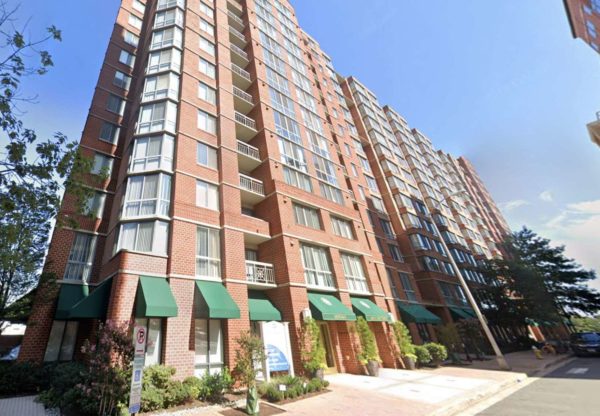 (Updated at 5 p.m.) A 26-year-old Arlington man has been arrested after police say he tossed two dogs to their death from his apartment balcony in Courthouse.

The incident happened around 2:30 p.m. Monday. Police received a call about the dogs being thrown off a fifth floor apartment balcony at the Meridian building at 1401 N. Taft Street. According to police dispatches at the time, someone — possibly the building manager — had rushed the dogs to a local vet before officers arrived.

ANIMAL COMPLAINT, 2020-04280069, 1400 block of N. Taft Street. At approximately 2:30 p.m. on April 27, police were dispatched to the report of an animal complaint. Upon arrival, it was determined that the suspect allegedly threw two dogs off the balcony of a residence. Prior to police arrival, the dogs were located and transported to area animal hospitals, where they succumbed to their injuries and were pronounced deceased. Officers made contact with the suspect at his residence and took him into custody without incident. Zachary Hanson, 26, of Arlington, Va. was arrested and charged with Cruelty to Animals (x2). He was held on no bond.

A police spokeswoman tells ARLnow that one of the dogs was the suspect’s, while the other belonged to someone he knew.

“One belonged to the suspect, the other belonged to someone known to the suspect,” said ACPD spokeswoman Ashley Savage. “To best protect the identity of the victim, we will not release additional information related to their relationship.”

“What preceded the incident is under investigation,” Savage added.

Court records show that Hanson — no relation to the well-known singer who was born in Arlington — has a preliminary hearing scheduled in Arlington General District on Aug. 28. The charges against him are both Class 6 felonies that generally call for 1-5 years in prison if convicted.