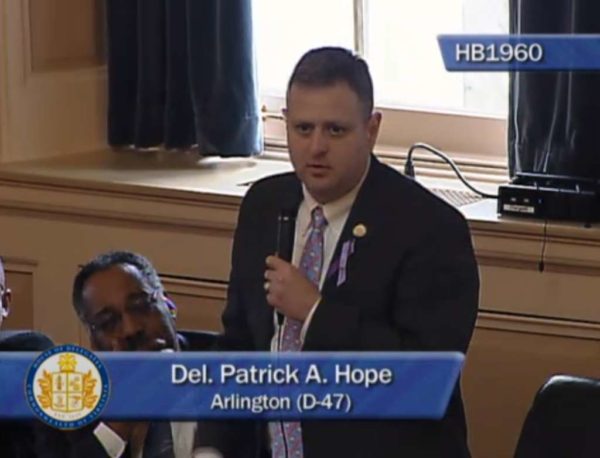 Del. Patrick Hope, who represents parts of Arlington in the Virginia House of Delegates, is pushing the state to be more transparent about coronavirus outbreaks.

Hope, an attorney who works in the medical field, went on a tweetstorm last night, calling out the Virginia Dept. of Health for keeping the location of individual outbreaks — particularly hard-hit long-term care facilities — confidential, while also failing to scale up testing in vulnerable communal settings.

“We should be reporting which facilities that have an outbreak and we should be testing 100 percent of residents and staff,” he said.

While Arlington County officials have repeatedly declined to release more information about outbreaks in response to inquiries from ARLnow, Hope said it’s the state that is blocking the release of such information

“VDH is not allowing anyone to report, citing anonymity of the patient and confidentiality,” he told ARLnow. 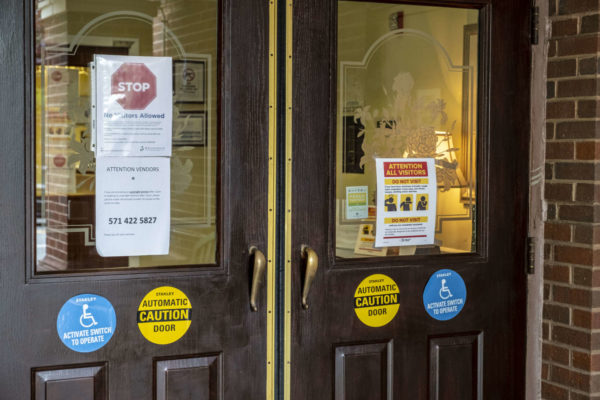 In Arlington, at least seven residents of Brookdale Senior Living have died after contracting COVID-19, we reported last week. NBC 4 has reported 26 cases at ManorCare, on S. Carlin Springs Road in Arlington. Local outbreaks have also been reported at Sunrise Senior Living and Recency Care of Arlington.

Regency Care, in Pentagon City, has been particularly hard hit, according to multiple tipsters. One said a relative who was a Regency Care resident died on Sunday.

“She had a fever for a week before Regency Care told her family. Her children were calling to check on her and being told she was fine,” the tipster said. “They finally sent her to the hospital where her care greatly improved, but her condition did not improve. By the time Regency Care transferred her to Virginia Hospital Center she was dying.”

Another tipster described quitting in protest of a managerial decision, along with difficult working conditions at the facility.

“People are dying,” the self-described former employee said. ARLnow is aware of at least one additional death at Regency Care on Wednesday.

As of publication time, administrators at Regency Care did not return a call placed by ARLnow this morning. On its Facebook page, Regency Care has been lauding its employees as “super heroes” providing compassionate care at a difficult time.

In Arlington, there have been 282 coronavirus cases associated with 12 outbreaks in the county, 7 of which are at long-term care facilities. As of Thursday, there were 1,248 reported COVID-19 cases, 222 hospitalizations and 52 deaths in Arlington. Fourty-eight of the people infected have been healthcare workers.

VDH does not break down the number of deaths in long-term care facilities by locality, though last week Alexandria revealed that a majority of fatalities in the city were associated with such facilities.

Maryland, by contrast, recently made public a database of coronavirus cases at assisted care facilities, showing where the state’s more than 6,000 cases and 804 confirmed COVID-related deaths at long-term care facilities happened.  The District has been releasing similar data since mid-April.

“I’ve always found that the more information you put out, the less misbehavior you get — and the better people’s actions are if they know what’s going on,” Surovell told NBC 4.

Residents of nursing homes and assisted living facilities have been disproportionately affected by COVID-19.

The nature of this coronavirus–which is particularly harmful to older adults and people with multiple chronic conditions–has left residents vulnerable.

That’s why we should be placing a greater emphasis on these facilities right now.

We should be reporting which facilities that have an outbreak and we should be testing 100 percent of residents and staff.

CMS is starting to require nursing homes to report cases and deaths — even if VDH won’t. The public is going to get the information.

But it’s just for nursing homes – not assisted living or other forms of congregate living. @VDHgov should reconsider its position to keep this information secret and report all of it.

Lastly, but most importantly, we should also test 100 percent of these facilities – residents and staff. Not just some – all of them. Like now.