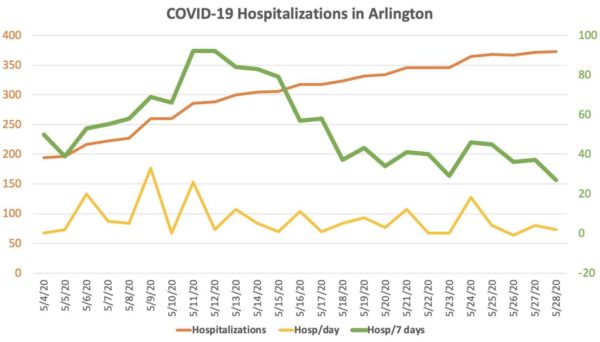 A day before Arlington starts to reopen, hospitalizations in the county have hit a multi-week low.

Overnight, the Virginia Dept. of Health reported 51 new coronavirus cases, two new hospitalizations and no additional deaths in Arlington. That brings the total known cases above the 2,000 mark, to 2,039. Cumulative hospitalizations are now 373, while 109 people have died.

The seven-day trailing rate of new hospitalizations in Arlington is now 27, the lowest figure since at least May 1, after VDH started consistently releasing such data. 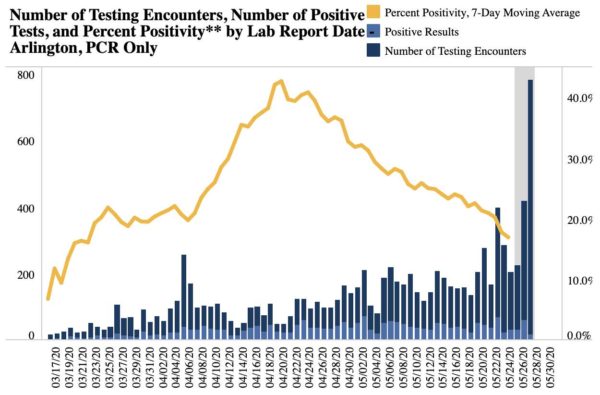 While new cases continue to rise at a weekly rate only about 10% off the peak three weeks ago, the rate of testing has also been rising. VDH data shows a big increase in testing over the past two days, presumably attributable to the county’s free testing event, at which some 1,000 tests were administered.

The latest reported test positivity rate for Arlington is 16.8%, down from more than 25% two weeks prior. The seven-day moving average of daily tests administered is 236 and rising.

More Stories
Morning Poll: How Are You Feeling About the Reopening?Report Recommends Widening Mount Vernon Trail in Arlington