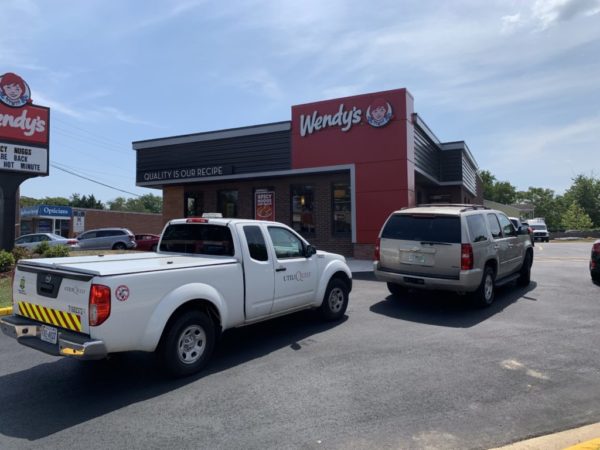 Police are looking for a man who broke a window at a fast-food restaurant along Lee Highway last night.

The incident happened around 11:30 p.m. on the 5000 block of Lee Highway, according to Arlington County Police. The restaurant is not named but that block is home to a Wendy’s.

“Upon arrival, it was determined that the suspect, who was a passenger in a vehicle in a drive thru line, became irate while waiting for his order, exited his vehicle and threw a cell phone at the window of the business, causing damage,” ACPD said in a crime report. “The suspect re-entered the vehicle and fled prior to police arrival.”