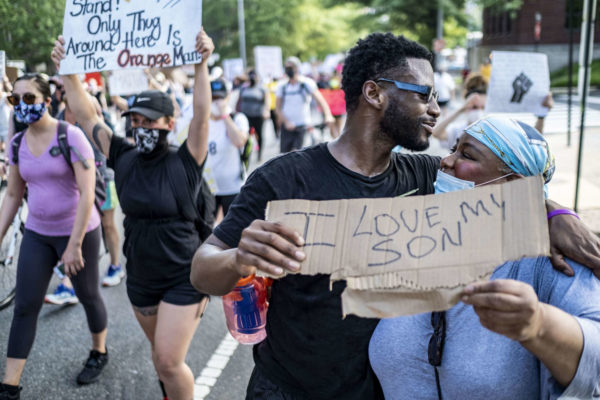 Arlington Riot Cops Sued by ACLU — “Defendants John Poe 1 – 20 are officers of the Arlington County Police Department and other non-federal law enforcement officials who participated in the attack on peaceful protesters in and near Lafayette Square on June 1, 2020. They are sued in their individual capacities.” [Associated Press, Washington Post]

Marymount Apologizes for Removed BLM Tweet — “One specific concern we heard in the Listening Session referenced the removal of a social media post last Saturday which included the message, ‘Black Lives Matter.’ This was the wrong decision. We apologize and acknowledge the impact this decision has had on our Marymount community.” [Marymount University]

Arlington Unemployment Spikes — “The COVID-19 pandemic, subsequent government-imposed lockdown and resulting economic freefall cost nearly 17,000 Arlington residents their jobs between mid-March and mid-April, according to new state data… The county’s unemployment rate, which in March had been a miniscule 2.2 percent, ballooned to 7 percent, knocking the county off its longstanding perch of having the best jobs picture in the commonwealth.” [InsideNova]

Local Centenarian Gets Neighborhood Parade — “Right around 5 p.m. on her 100th birthday, her usually quiet neighborhood in North Arlington was shaken up by loud sirens and flashing lights. A caravan of vehicles blaring sirens, tooting horns and shouting greetings snaked down the street for several blocks. The parade of sorts was led by two Arlington County Police officers on motorcycles followed by countless police vehicles, Arlington County Fire Department engines, sheriffs’ vehicles and several private cars and trucks, one sporting an inflatable unicorn on its roof.” [Arlington Catholic Herald]

Trash Collection Still Facing Delays — “Arlington’s trash/recycling contractor continues to experience staffing issues due to COVID-19. As a result, some routes recently have not been completed on their scheduled day, requiring a follow-up run the next day. If trash and/or recycling is not collected on your service day, leave the carts at the curb the next day.  If carts have not been serviced by noon the second day, submit a missed collection ticket.” [Arlington County]