Sponsored by Monday Properties and written by ARLnow, Startup Monday is a weekly column that profiles Arlington-based startups and their founders, plus other local technology happenings. Monday Properties remains firmly committed to the health, safety and well-being of its employees, tenants and community. This week, Monday Properties is proudly featuring 1000 and 1100 Wilson (The Rosslyn Towers).

Thanks to changes brought about by the pandemic, Arlingtonians can now get farm-to-table produce delivered right to their door.

Tucked into an unassuming strip mall on Lee Highway, Fresh Impact — which we profiled in October — is the county’s only commercial urban farm. With no signage or disclosed address, Fresh Impact has been growing specialty ingredients such as edible flowers and microgreens for chefs in the local restaurant industry for over three years.

This past February, according to founder Ryan Pierce, the farm had its most profitable month yet. But a few weeks later as COVID-19 began to spread in the D.C. area, ultimately shutting down all dine-in restaurant service, Pierce said Fresh Impact lost every single customer.

“We were faced with a choice: do we shut it down and try to ride it out, which would have meant laying off our staff, or do we try to pivot to the consumer market?” said Pierce.

Pierce and his team chose the latter. For the first time since its inception, anyone local can order CSA — or “Community Supported Agriculture” — boxes on the Fresh Impact website.

Customers chose a price point between $12-25 a week, and in turn receive a box full of the farm’s Arlington-grown salad greens, herbs, and more delivered to their door. There is also an opt-in for no contact delivery. 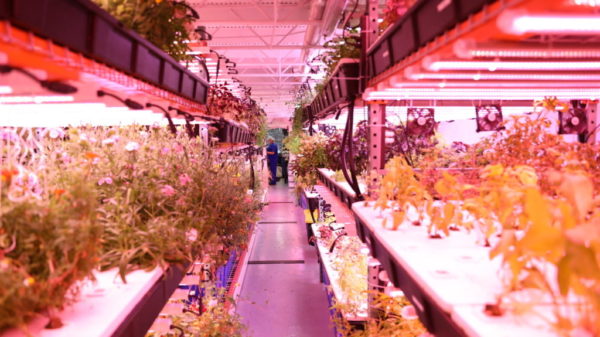 “You have to understand — we didn’t used to grow these kinds of produce, and pivoting to the consumer delivery meant overhauling nearly everything in a less than two month period,” Pierce said.

In April, Fresh Impact launched a pilot five-week CSA box in collaboration with members of the Mothers of North Arlington (MONA) group.

“That went really well and we’ve had plenty of MONA members ask to renew, plus added public interest.”

As a result, Fresh Impact will roll out its second round of CSA boxes, beginning July 1. Preorders are available now online, and Pierce says it’s based on a first-come, first-serve basis. Once the boxes sell out, it’ll be eight weeks until customers can sign up again.

“Even though restaurants are beginning to reopen now, this crazy experience has taught us that Arlingtonians are really looking for a local way to source their produce,” Pierce said.

“We see chefs as great impactors of change in the food system, so we’re hoping to marry those two markets together where the chefs can buy local but we can also sell locally, directly to consumers. There’s absolutely a market for this out there, and we will continue this for the foreseeable future.”

END_OF_DOCUMENT_TOKEN_TO_BE_REPLACED

More Stories
Cents of Community: Top Resources for ArlingtoniansPike Library to Be Modernized, Downsized As Part of ‘Arlington Tech’ Expansion