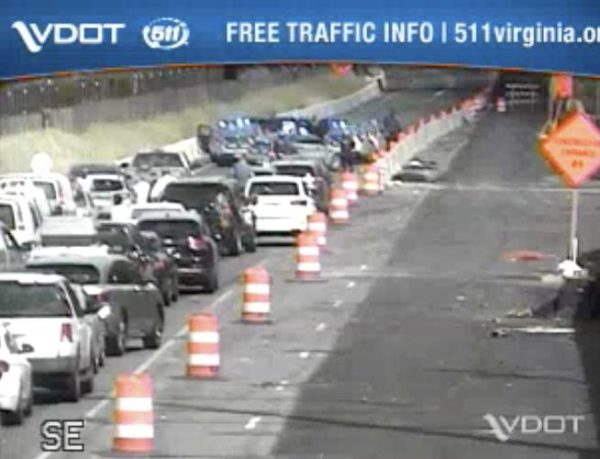 The eastbound lanes of I-66 are blocked near the N. Ohio Street overpass due to the aftermath of a high-speed police chase.

Initial reports suggest that Virginia State Police troopers were chasing a vehicle involved in a felony hit-and-run, with speeds in excess of 100 mph.

The driver crashed near Ohio Street and was briefly trapped in the vehicle. State police, Arlington police and firefighters are currently on scene. The Fairfax County Police helicopter is also overhead.

All eastbound lanes are blocked and police are working to divert eastbound traffic onto N. Sycamore Street in the East Falls Church area. Drivers stuck behind the crash are being directed around it, through a work zone.