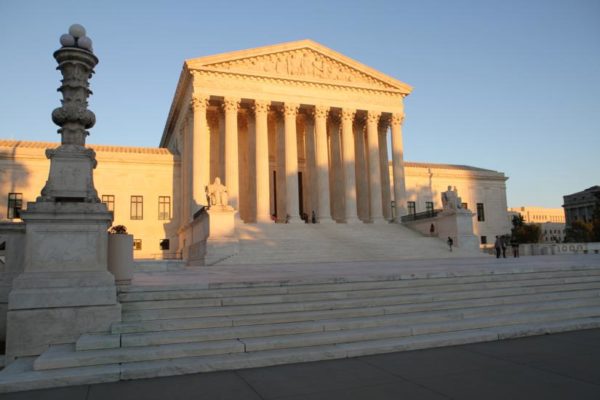 The Supreme Court issued a pair of momentous rulings this week, and Arlington’s Congressional delegation is celebrating both.

On Monday, the high court ruled that the Civil Rights Act of 1964 protects LGBTQ individuals from workplace discrimination. Earlier today, it blocked the Trump administration’s efforts to end the Obama-era Deferred Action for Childhood Arrivals program.

Arlington’s Rep. Don Beyer (D-Va.) said the DACA ruling is “a great moment” for the nation, but cautioned that more work is to be done to reform the immigration system.

Dreamers are Americans, they belong here. This ruling is a great moment for the United States. It is important to remember, though, that even with this decision from the Supreme Court very important work remains. The ball once again is in Congress’ court to pass meaningful, humane, and comprehensive immigration reform to fix our broken immigration system in ways which reflect our values as a nation of immigrants. The Senate could take a big step forward in that regard at any time by passing the Dream and Promise Act.

President Trump’s decision to end DACA plunged hundreds of thousands of innocent young people into legal limbo and wreaked havoc upon nearly every area of American life. I’m so thankful the Court has put an end to this Administration’s ill-conceived broken promise. Congress should now pass the HEROES Act to prevent the deportation of undocumented essential workers during the pandemic and the American Dream and Promise Act to permanently protect these kids and young adults.

Earlier this week, Sen. Mark Warner (D-Va.) said via social media that the Supreme Court “did the right thing” in giving LGBTQ Americans protection against employment discrimination under law.

It was *always* wrong to fire a person simply for being gay or transgender. I’m so glad the Supreme Court did the right thing today. https://t.co/PSZwT4cA2S