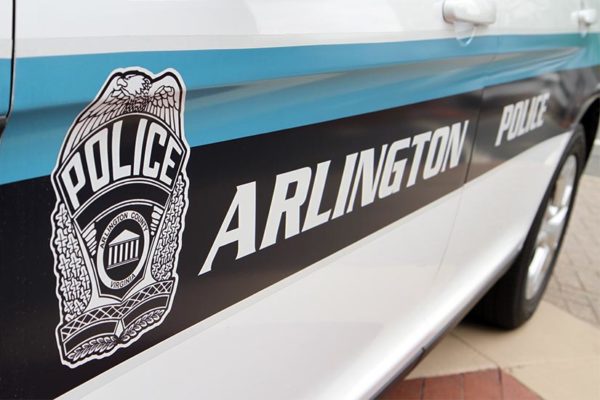 The first, early Thursday morning in Ballston, involved a 24-year-old suspect who was seen walking in the street. Brought to a local hospital for evaluation, the suspect then allegedly “struck an officer with a closed fist multiple times,” according to an Arlington County Police Department crime report.

The second incident, early Friday morning in Buckingham, involved a 39-year-old suspect accused of shoplifting, being drunk in public, and throwing liquid at arresting officers. The suspect later allegedly bit an officer while being transported from the hospital “for medical clearance,” per ACPD.

ASSAULT ON LAW ENFORCEMENT, 2020-06250035, Washington Boulevard at N. Glebe Road. At approximately 4:02 a.m. on June 25, police were dispatched to the report of a suspicious person acting aggressively to a passerby. Arriving officers made contact with the male subject, who was standing in the roadway and moved him to the sidewalk for his safety. The subject repeatedly attempted to walk back into the roadway as traffic was passing. He was transported to an area hospital for medical evaluation, where he allegedly began acting disorderly and struck an officer with a closed fist multiple times. With the assistance of additional officers, the suspect was placed into handcuffs. The officer sustained minor injuries requiring medical treatment. John Steele, 24, of No Fixed Address, was arrested and charged with Assault & Battery on Police.

ASSAULT ON LAW ENFORCEMENT, 2020-06260004, 200 block of N. Glebe Road. At approximately 12:13 a.m. on June 26, police were dispatched to the report of a larceny just occurred. A lookout was broadcast, and officers located an individual matching the suspect description nearby. While investigating, the suspect denied having stolen anything and began walking away. The officer attempted to stop the suspect, however, he became combative, allegedly threw liquid at the officers and fled on foot. The officer caught up to the suspect, and, with the assistance of additional arriving officers, he was taken into custody. The suspect was transported to an area hospital for medical clearance, where he continued to act disorderly. The suspect then refused to get into the transport vehicle and had to be lifted in by multiple officers, during which he bit an officer. Deandre Davis, 39, of Arlington, Va., was arrested and charged with Assault & Battery on Police (x2), Obstruction of Justice, Petit Larceny: Shoplifting and Drunk in Public. He was held on no bond.