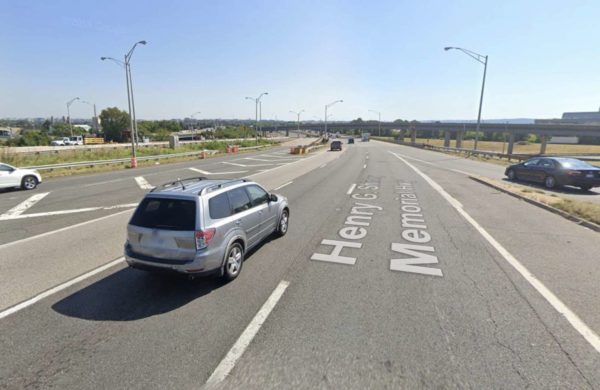 (Updated at 4:30 p.m.) Drivers have been routinely cutting across northbound I-395 to access the HOV bridge into the District, causing traffic hazards on the normally busy highway.

During a pandemic and nationwide protests, it might not seem like a big deal, but it has been happening with surprising regularity.

Public safety watchdog Dave Statter has caught numerous drivers on video, risking life and limb to shave a few minutes from their drive. It happened over and over again on Saturday, when a crash backed up traffic in the main lanes.

(2) WATCH: Here's last night's video taken over about 20 minutes. People coming off the SB Rt 110 ramp to NB I-395 want to avoid the main lanes traffic jam they suddenly see ahead & take desperate action to get to the express lanes. pic.twitter.com/dJlmjdCVhB

Many drivers try to make the move while coming from the Crystal City area and southbound Route 110.

Earlier this month, Statter posted a video of an SUV driver blocking traffic and taking almost a minute to cross the three lanes of the highway to get to the slightly less backed up bridge. VDOT took note of the video on Twitter.

A Metrobus driver was spotted doing the same in February. Statter tells ARLnow that Metro told him they “immediately handled it” after seeing the video.

Here's a crazy Metrobus driver move. The bus, coming off SB Rt 110 ramp, crossed 3 lanes of NB I-395 traffic moving at speed, to get to the express lanes. I assume the driver saw the backup ahead on the main lanes. @WTOPtraffic @wtop @ARLnowDOTcom @luzcita @AdamTuss @petemuntean pic.twitter.com/SE68LCrPod

This afternoon, meanwhile, Statter posted about yet another driver attempting the “daredevil dash.”

Here's this afternoon's daredevil dash across 3 lanes of an interstate highway to get to the I-395 express lanes & avoid the main lanes backup. @VaDOTNOVA @vdot @ARLnowDOTcom pic.twitter.com/AjT4oqfO9o