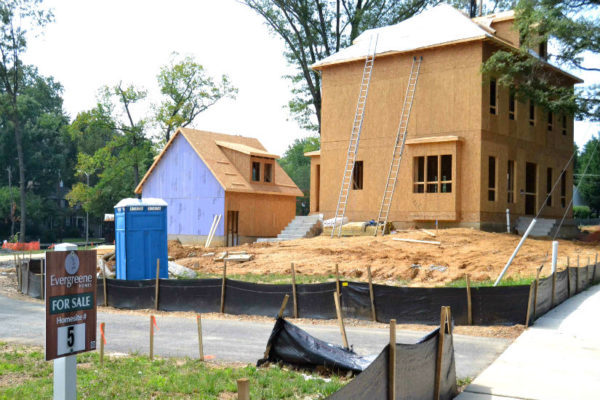 Some Arlington property owners who hoped to make changes or additions to their property earlier this year have been left in the lurch, but there could be relief in sight as the Board of Zoning Appeals (BZA) prepares to add more meetings to address the backlog.

“The last BZA hearing was held in February and all cases were heard,” said Jessica Margarit, a spokesperson for the Department of Community Planning, Housing & Development. “Due to pandemic, the County suspended in-person public meetings in March. This did cause a delay in hearing BZA cases.”

Since then, Margarit said a virtual hearing process has been developed that will allow board members, applicants, and the general public to join in a video conference. The County Board has been holding similar, virtual meetings for months, but it took time to figure out how the BZA could conduct its business responsibly.

“Contactless public notices will be distributed to affected properties via mail, which the BZA feels is a necessary step prior to moving forward with a public hearing,” Margarit said.

The delay in BZA meetings has caused problems for some homeowners and builders.

“They are so behind,” one frustrated local told ARLnow. “Their inability to figure this out is hurting Arlington home building businesses. Our family personally has a project… but we are in an interminable wait due to BZA not meeting in anything close to a timely manner. We know our builder is trying to keep his employees busy (many of whom are local residents), so this delay hurts many people in the community.”

The first virtual BZA meeting is scheduled for Wednesday, July 29. There are eight items on the docket, primarily residential adjustments like requests related to new accessory dwelling units or to install a new deck. Some of these items are carried over from the February meeting.

“To speed up reviews for those who have been waiting during the pandemic, we anticipate holding two additional meetings in early-to-mid-August to reduce the backlog of applications,” Margarit said. “Agendas for the August meeting dates have not yet been set. If additional meetings are needed to eliminate the backlog, the Board will evaluate the remaining number of cases and determine whether to schedule additional hearings at more frequent intervals.”