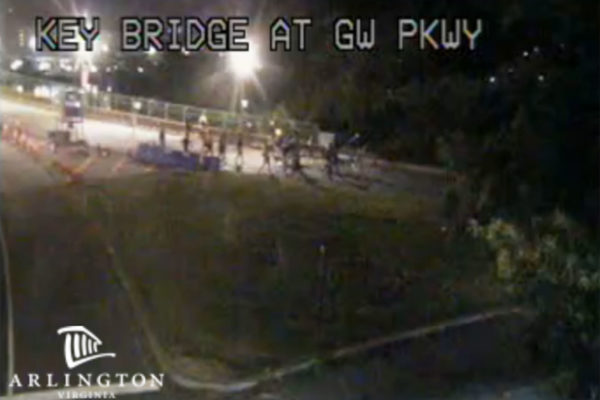 (Updated at 11:20 p.m.) A small group of peaceful protesters marched over the Key Bridge from Georgetown and blocked traffic in Rosslyn tonight.

The group blocked the intersection of N. Lynn Street and Lee Highway around 10 p.m., according to police radio traffic. They then marched back to the bridge, where they are currently blocking traffic.

Police earlier blocked all lanes of the Key Bridge due to the protest activity. The demonstration is being organized by a group called Concerned Citizens, which also marched in Georgetown Saturday night.