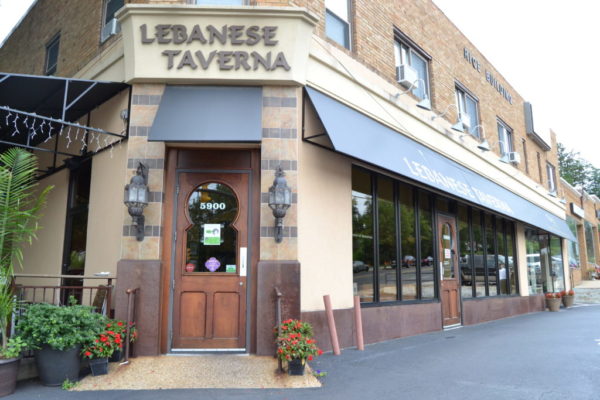 On Tuesday, Grace Abi-Najm Shea — a co-owner of Lebanese Taverna — was one of those watching in horror as an explosion tore through Beirut. She said they took the day to cry and grieve at the loss that happened in the country her family left years ago. The next morning, they got to work.

The regional Lebanese restaurant chain that started in Arlington in 1979 has since raised nearly $30,000 for the Lebanese Red Cross on GoFundMe.

This weekend, the company is planning to start a deal where $1 from every hummus order at Lebanese Taverna and LebTav locations will be going to the World Central Kitchen. Dany Abi-Najm, Grace’s brother and another co-owner, will be traveling to Beirut with D.C. celebrity chef Jose Andres as part of the World Central Kitchen team to deliver supplies and offer food to those who have been displaced by the explosion.

“It feels good to be doing something,” Shea said. “We mobilized pretty quickly on Wednesday morning. We just needed to do something. It was heartbreaking. My father lives there, he moved back 12 years ago, and the scenes on TV were just too much. I know so many people wanted to help.”

Some 300,000 people — more than 12% of the Lebanese capital's population — are unable to return to their homes because of the explosion. https://t.co/ztkoW60SAF pic.twitter.com/CxkxR4vkjK

Shea said Lebanon has a history of corruption leading to mistrust of organizations and the government, so she said Lebanese Taverna wanted to be sure the money got to the right places.

“There was the immediate need with the Red Cross and [we’re] addressing the ongoing need starting this weekend with World Central Kitchen,” Shea said.

Shea said while there’s global empathy for Lebanon as it goes through this crisis, many people locally have felt connected to it indirectly via the restaurant that has served Arlington for 41 years.

“We all grew up here and have so much support from so many people,” Shea said. “For them to want to do something for the country we left is very touching.”

Shea said she and her family have concerns about their brother traveling internationally during the pandemic, but that it’s a risk they have to take.

“There’s a thing called COVID going on,” Shea said. “You can’t help other people without taking a risk, really in anything that you do. I think it’s something much bigger than us. There are 300 people displaced from their homes in a minute. One of them being my cousin, but thankfully he has a support system. His home was completely demolished.”

For many Lebanese, Shea said growing up during the civil war left them prepared for the risks.

For those who have donated, Shea had one message to share.

“Thank you,” Shea said. “The number of people who donated and the number of shares is incredible.”