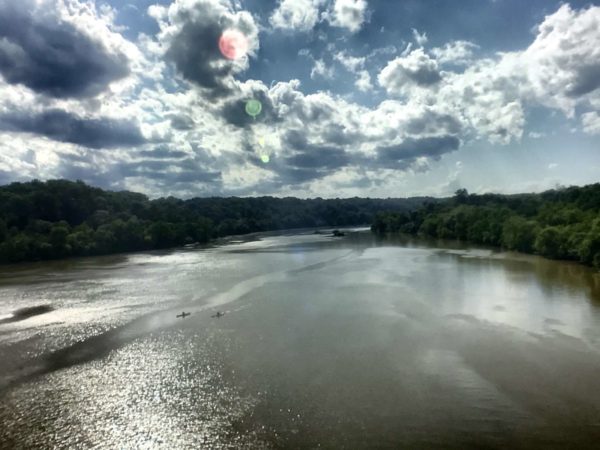 Amazon Rents More Space in Crystal City — “Amazon.com Inc. is adding more Arlington office space to its portfolio even during a pandemic that has forced most of the company’s corporate employees to work remotely… The [newly-leased] 18,700-square-foot space is part of the 272,000-square-foot 2100 Crystal Drive that Amazon agreed in December to eventually lease in full.” [Washington Business Journal]

Erroneous Library Card Renewal Email — Per Arlington Public Library spokesman Henrik Sundqvist: “About 4,000 patrons were mistakenly notified to renew their library card in person. This is not required. We are working on communicating with any affected patrons to clarify and will do so today [Friday].”

Investigation Reveals ‘Historic’ Shed Built in 1974 — “A homeowner living in the Maywood Historic District of Arlington will be able to tear down a no-longer-considered-historic shed. The 10-foot-by-12-foot wooden structure at the back of a home in the 3600 block of 21st Avenue North long had been considered a ‘contributing’ part of the local historic district, a designation that likely would have prevented its demolition as sought by the current owners. But as it turns out, the shed doesn’t come from Maywood’s historic period, defined as 1906 to 1941.” [InsideNova]

Arlington’s Former ‘Lost Cause’ Textbooks  — “A series of textbooks written for the fourth, seventh and 11th grades taught a generation of Virginians our state’s history. Chapter 29 of the seventh-grade edition, titled ‘How the Negroes Lived Under Slavery,’ included these sentences: ‘A feeling of strong affection existed between masters and slaves in a majority of Virginia homes.’ The masters ‘knew the best way to control their slaves was to win their confidence and affection.'” [Washington Post, Washington Post]

War Memorial Interpretive Project Honored — “Arlington’s Historic Preservation Program staff and Historical Affairs and Landmark Review Board (HALRB) will be honored with a Commission Excellence Award in the category of Best Practices: Public Outreach/Advocacy from the National Alliance of Preservation Commissions (NAPC) during its virtual conference on Aug. 7. The award recognizes the work of County staff and the HALRB on the Clarendon War Memorial Interpretive Project.” [Arlington County]

Former YHS Star Goes to Cleveland — “The Cleveland Browns have claimed CB M.J. Stewart off waivers on Saturday. Released by Tampa Bay, Stewart was drafted by the Buccaneers in the second round of the 2018 draft (53rd overall).” [Browns Nation]