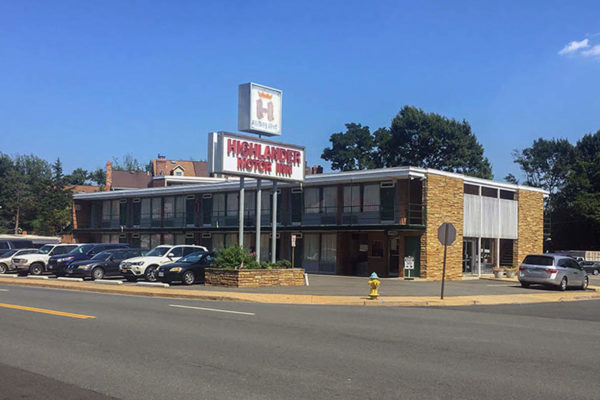 Arlington County has been working with a pair of local hotels in an effort to keep vulnerable populations safe during the pandemic.

Arlington’s Dept. of Human Services is currently renting out the Highlander Motel (3336 Wilson Blvd) in Virginia Square, and previously rented the Days Inn along Columbia Pike, to serve as a quarantine location for people with the virus or at high risk of complications.

Both hotels offer modestly-appointed rooms that have individual HVAC units and are accessible via open air walkways. Among those housed in the hotels are low-income and homeless individuals who have nowhere else to go.

ARLnow previously reported in early April that the Highlander was being looked at as an “alternative site” for temporary COVID-related housing.

“In April 2020, Arlington rented two hotels to provide quarantine/isolation space for low-income individuals who were living in overcrowded or congregate settings, and unable to effectively quarantine or isolate,” Dept. of Human Services spokesman Kurt Larrick confirmed to ARLnow last week.

“Individuals served are COVID-19 positive, presumed positive, directly exposed, or at high risk of complications due to health conditions,” Larrick said. “To date, the quarantine/isolation hotels have served 108 individuals.”

Larrick said the Days Inn was rented through June 30, but the Highlander is still being rented by the county.

Such utilization is considered a best practice for preventing the spread of disease. Other cities and counties have similarly rented hotels for coronavirus-related uses.

The use of the hotels came to light after ARLnow received a series of tips from local residents. Some noted that the Highlander had no vacancy and was booked solid indefinitely — unusual during a pandemic that has hit the hotel industry hard. Others, who live near the hotel, noted a frequent presence of police officers and county employees.

On Friday, July 31, there was a particularly jarring scene: several police vehicles and people in full hazmat suits in the Highlander parking lot. 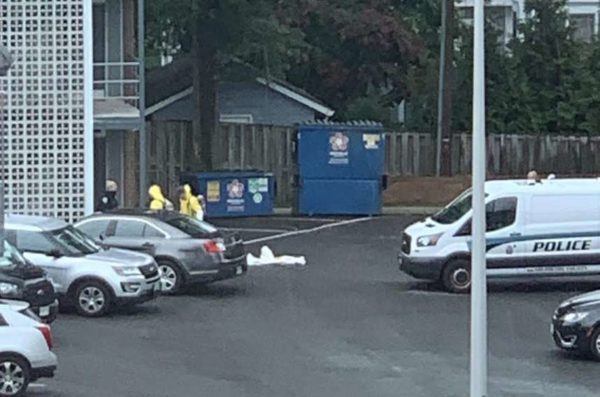 “There are police there currently in gas masks and hazmat suits,” said a resident who contacted ARLnow. “I live in the area and am concerned that no one has been notified of what’s going on.”

“This is a frequent occurrence,” the resident said of the police presence. “I inquired with the county about what is going on but they told me they could not give me an answer.”

Larrick and a police spokeswoman said what the resident saw on July 31 was a death investigation — one of the hotel occupants died of suspected non-COVID-related natural causes.

“At approximately 9:56 a.m. on July 31, police were dispatched to the report of a possible death,” stated an Arlington County Police Department crime report. “Upon arrival, an adult male was located deceased inside a hotel room. Cause of death will be determined by the Office of the Chief Medical Examiner. Based on the preliminary investigation, the death is not considered suspicious.”

Larrick said that the county is grateful to the owners of the hotels — including Billy Bayne, owner of the Highlander and frequent critic of the county, who “really stepped up and helped” by providing a service that other hotel operators might have shied away from.

“The County truly appreciates how these businesses stepped up in the pandemic crisis to address an emerging community need,” Larrick said. “This space has undoubtedly helped us keep people safe and contain the spread in the community.”

END_OF_DOCUMENT_TOKEN_TO_BE_REPLACED

More Stories
Morning Poll: How Much Are You Spending at Local Businesses?Another Church Sign Vandalized, This Time in Virginia Square