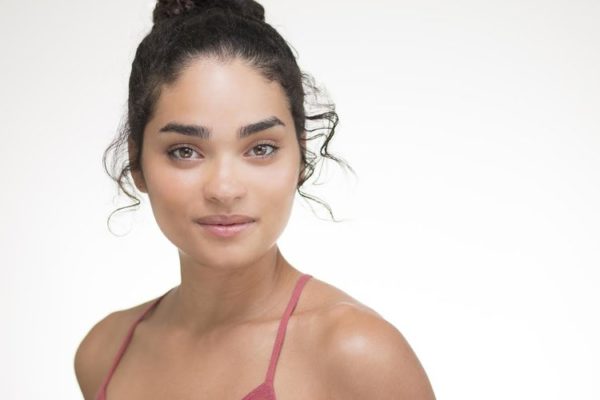 O’Grady plays Bess King, a singer-songwriter trying to navigate New York City while pursuing a career in music with her earnest songs.

The show is executive produced by Sara Bareilles, J.J. Abrams and Jessie Nelson, and is loosely based on Bareilles’ early days in the music industry. The soundtrack features original songs written by Bareilles.

O’Grady began her acting career in Arlington, with roles in Encore Stage’s 2007 production of The 12 Dancing Princesses and Signature Theater’s The Witches of Eastwick when she was 10.

She graduated from W-L in 2013 and has performed on major D.C. stages like Ford’s Theater, The Kennedy Center and The White House.

O’Grady’s first major television appearance was in a 2014 episode of ABC’s Trophy Wife, in which she plays an abrasive teenager at a mini golf course. She went on to play the main character’s sister in three seasons of Star on Fox, as well as have roles in thriller films Above Suspicion and Black Christmas.

Little Voice, which premiered July 10, has garnered O’Grady attention from some of entertainment media’s biggest outlets. She has done interviews with Vanity Fair, People, Variety, InStyle, E! and The Kelly Clarkson Show.

Amid questions about what it is like to work with Bareilles and how the show’s love triangle will work out, a recurring theme in these interviews is O’Grady’s candor regarding racial issues in the television and film industries.

“Now, as we’re progressing forward, people who are casting for roles, they usually go for… a Black person” with European features they believe to be more appealing, O’Grady, who is biracial, said to InStyle. “And I think that a lot of dark-skinned women in our industry have felt ignored, have felt overlooked, have felt that their beauty has not been appreciated or represented well, and usually only represented by lighter-skinned women.”

O’Grady has also been vocal in her support of social justice issues to her nearly 800,000 Instagram followers.

“Systematic racism… still affects Black people in our country today,” she said in one recent post. “It affects our beliefs, our school systems, and our communities. As a biracial black woman who often looks racially ambiguous to others, I have had minor experiences with racism and it took me till I left home and went to a private conservative college to experience the honest despair my peers have felt their whole lives.”

“If you are indifferent, annoyed or even offended by people addressing racism and racist systems in our country, that is your privilege and your ignorance, she continued. “It’s everyone’s responsibility in our country to address this and fix it, even if you think it doesn’t affect you. Because it does.”

O’Grady’s mother is Arlington School Board Chair Monique O’Grady. In 2017, O’Grady introduced her mother at a campaign event.

The eighth episode of the nine in Little Voice‘s first season is being released today.