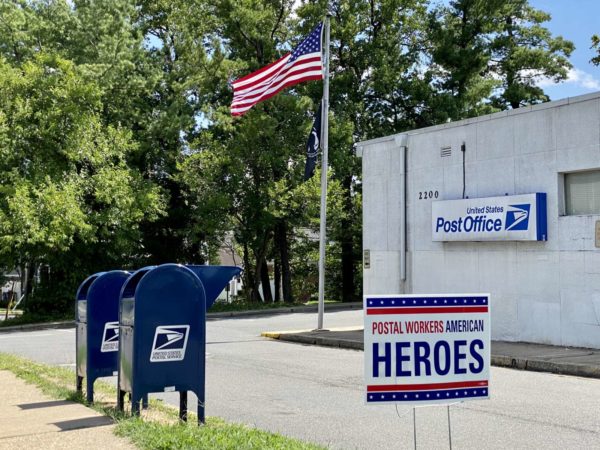 No Citations for Mass Gatherings in Arlington — “Gov. Ralph Northam is limiting social gatherings to 50% of event space capacity, or 250 people, whichever number is smaller. A spokesperson for Arlington County says ‘there have been no reports of social gatherings of this size’ in the locality. Arlington County’s police department has not issued any citations for mass gatherings, and has not levied any fines for people who flout rules regarding mask-wearing.” [DCist]

Prosecutor Explains Fight With Judges — “Taking the court to court to preserve the discretion of this office is the only way I know to protect the will of the voters who elected me. This is how we weave the quilt of criminal justice reform: each locality using its voice to demand change and put its values into elected offices. Town by town, county by county, we must fight to shape the communities in which we want to live.” [Washington Post]

Wardian, District Taco Donate to School — “Ultramarathoner Mike Wardian, who recently ran a 62-mile run to all 12 DMV-area District Taco locations, asked District Taco to donate the proceeds of the run to Barrett students and families in need. District Taco employees made and delivered 200 burritos to over 100 Barrett families.” [Press Release]

Parking Blocked Off For Clarendon Bar Lines — A number of nightlife hotspots in Clarendon have been working with the county’s Arlington Restaurant Initiative to better space out patrons waiting in line. This past weekend, the county blocked off portions of lanes and some parking spots around bars to allow more physical distancing around the lines. [Twitter, Twitter]

Thousands Left Behind at DCA Security Lines — “A new… Transportation Security Administration report gives the amount of coins and bills left behind at security checkpoints at airports around the country, including Reagan National Airport and Dulles International Airport. The amount unclaimed at checkpoints at National in the last fiscal year was $13,207.46.” [Washington Post]

Armed Robbery Near Courthouse — “The victim was sitting inside his parked vehicle when the suspect vehicle, which was occupied four times, pulled alongside him. Suspect One approached the victim, displayed a firearm and commanded the victim to exit his vehicle, lay on the ground and empty his pockets. Suspect Two then stole the victim’s personal belongings. Suspect One entered the victim’s vehicle and rummaged through items. The suspects fled the scene after an unrelated vehicle drove by the incident.” [Arlington County]