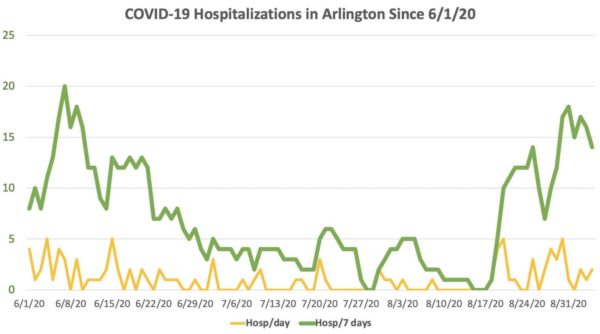 A month ago, new coronavirus cases were on the rise in Arlington, amid a lull in hospitalizations and deaths.

Now, cases have been on a downward slope since last weekend, but hospitalizations and fatalities continue to rise, as those getting infected are increasingly those on the older half of the demographic chart. 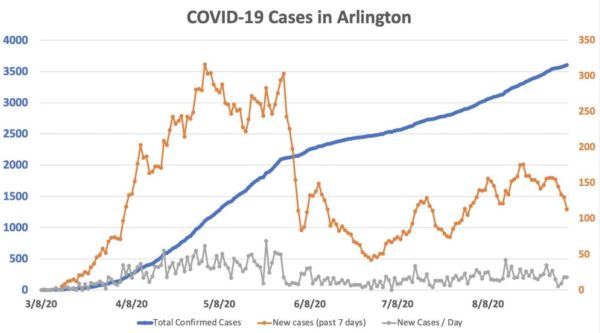 With 18 new cases overnight, the county’s cumulative total of cases, hospitalizations and deaths now stands at 3,605, 472 and 142, respectively. A total of 113 new cases have been reported over the past seven days, compared to 156 as of a week ago.

There is usually a lag between a rise in new cases and a rise in hospitalizations, but there might be other reasons why since mid-August more people are being hospitalized and dying from COVID-19 locally.

For one, those getting sick are getting older. Whereas people under 40 represented 70% of new cases between July 19 and August 19, that same age range has accounted for 56% of new cases since. 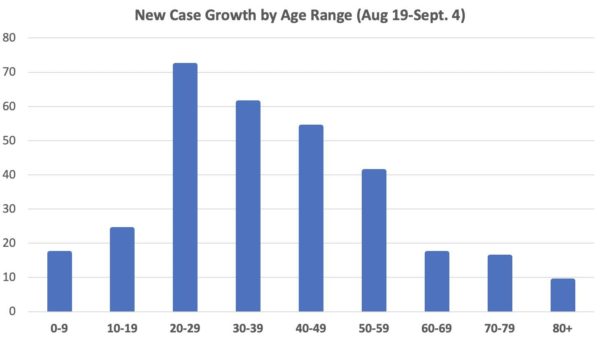 (Numbers fewer than five are “suppressed to preserve anonymity.”)

Outbreaks at long-term care facilities were responsible for nearly 500 cases and dozens of deaths in Arlington during the peak of the spring epidemic.