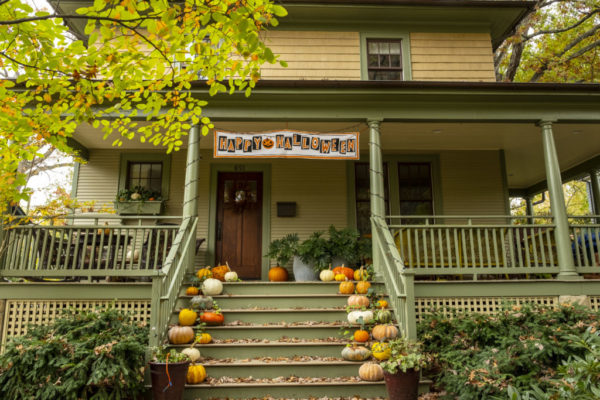 Halloween is a month away, but people are already starting to wonder how it’s going to play out.

Health authorities are cautioning against trick-or-treating during the pandemic. So far it has not been officially banned, but there is historical precedence for doing so.

During the 1918 influenza pandemic, which was at its deadliest between October and December, a number of U.S. cities banned Halloween parties and celebration, according to CNN.

What to do about Halloween is a hot topic on local Nextdoor threads.

“As tough as it is we are not going to engage in this this year to protect not only ourselves but others,” one resident said, on a recent thread visible to those in some North Arlington neighborhoods. “I really wish everyone could just buckle down so we can get the schools back open, even if it means sitting it out this year.”

“If people can safely protest, kids can trick or treat,” said another local resident. “This is nuts. This is an outdoor activity. I’m certain kids and their parents can social distance and those over the age of 2 yrs can wear proper masks.”

Given the current likelihood of there being some trick-or-treaters out and about this year, what is your plan for offering candy? Will you be answering the door, leaving a jar outside, or skipping the holiday altogether?