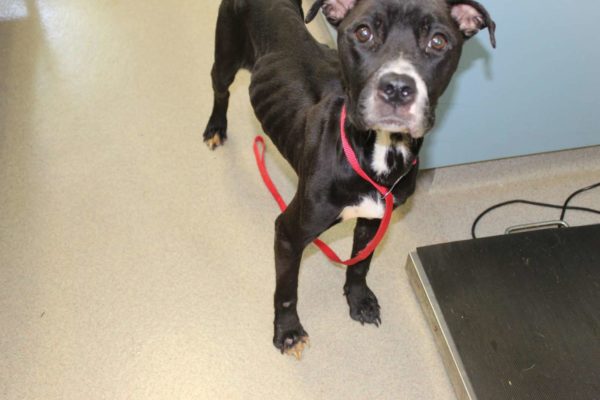 (Updated at 5:10 p.m.) The Animal Welfare League of Arlington says it has taken in the fourth abandoned dog in a month.

In the latest incident, a dog was found abandoned in a crate in the Ashton Heights neighborhood, at the intersection of 6th Street N. and N. Jackson Street. The dog was “in poor condition” and AWLA is now asking for the public’s help in locating its owner.

A similar dog abandonment happened about a week prior in the Arlington Mill neighborhood, though the incidents are all believed to be unrelated. A spokeswoman said the recent spate of abandonments is “very unusual.”

“We normally see about 2-5 per year, mostly commonly left behind in a residence after eviction,” said AWLA’s Chelsea Jones. “So on top of this being a much higher number than we typically see, it’s also an unusual manner of abandonment.”

The league says that hardship related to the pandemic may be causing desperate situations for some pet owners. AWLA is encouraging those with no where else to turn to contact them for help.

More from the animal welfare league:

On October 1st of this year, we took in the fourth abandoned dog we have responded to in a month. Our Animal Control team received a call from a concerned resident who found a dog in poor condition abandoned in a crate at 6th St N and N Jackson St in Arlington. Officer Byrnes immediately brought the dog to the shelter, and the rest of the team canvassed the area but was unable to find an owner or any involved persons. If you recognize this dog, please call our Animal Control team at (703) 931-9241.

Our staff has decided to call this sweet girl Willow. The dog that was abandoned the week before has been named Charleston. These dogs are two of four abandonment cases we have responded to recently, and while we know that hearing about these cases can be upsetting, even angering, we would like to ask our supporters to help us send a message of support to pet owners who may be struggling in these extremely difficult times.

We are very aware that as the pandemic goes on, more and more people are going to struggle to pay their expenses and care for their families. We are also aware that many people don’t know that there is help available to them when it comes to their pets or worry that if they surrender a pet to a shelter they will be judged, or have to pay a fee they cannot afford. We need your help to remind every member of our community that we are here to help. AWLA can provide food, supplies, vaccinations, and more to pet owners in need. We are here as a judgement-free organization to talk about any issues pet owners may be having.

Please do not hesitate to reach out for a helping hand. We are always available.