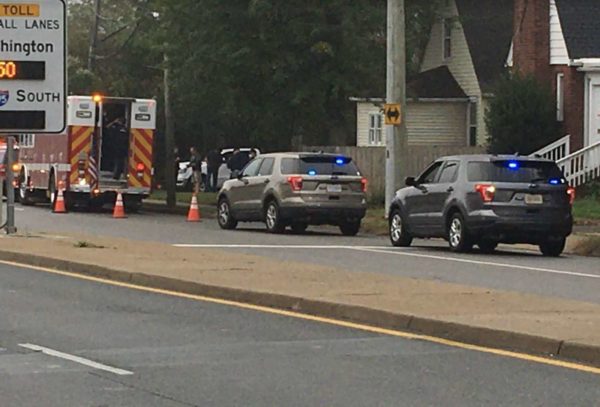 At least one lane of N. Glebe Road was blocked as Arlington County police executed a search warrant at a home near the corner of Glebe and 13th Street N., in the Waycroft-Woodlawn neighborhood. Numerous police vehicles and a fire department vehicle could be seen in the area.

The police activity has now largely cleared out.

There were at least two other drug-related SWAT actions earlier this year in Arlington, although it’s unclear if either are related to today’s raid.

In February a man was arrested after a SWAT team swarmed a condo complex across from the Virginia Square Metro station. In March ACPD tactical teams took several people into custody after surrounding a vehicle in a parking lot near Columbia Pike, as part of a narcotics investigation.