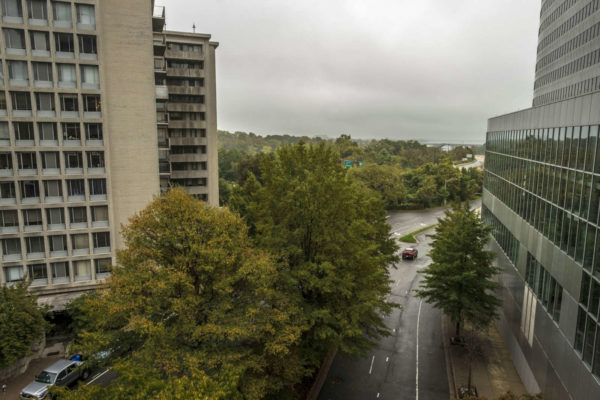 Possible Microwave Attack in Arlington — “Shortly after Thanksgiving 2019, according to three sources familiar with the incident, a White House staffer was hit while walking her dog in Arlington, Virginia… the staffer passed a parked van. A man got out and walked past her. Her dog started seizing up. Then she felt it too: a high-pitched ringing in her ears, an intense headache, and a tingling on the side of her face.” [GQ]

Arrest in Arlington Mill Shooting — “Charges have been sought against a juvenile suspect related to the shooting that occurred on October 21, 2020. The suspect has been charged with Aggravated Malicious Wounding and Use of a Firearm in the Commission of a Felony.” [Arlington County]

‘Headlines’ Mobile Art Project in Arlington Today — Updated at 10:30 a.m. — Per a press release: “The exhibit is called #HeadlinesAreFrontlines, a multimedia show deployed on mobile trucks featuring 12-foot screens of 1,460 daily news headlines, in order, about Donald Trump. The traveling exhibit moves through the streets of DC and Arlington on October 26th at 9am. Look for the multimedia truck in Rosslyn and Crystal City.” [Instagram, BYT]

Boy Gets Award for Saving Ailing Mom — “On October 13, 2020, tragedy struck one of our own. While playing outside, Aiden, son of Firefighter Josh Wise, noticed that his mom began suffering from a serious medical emergency. He recognized the situation and courageously called 911, providing his address and full details… Aiden was awarded an honorary Lifesaving Award, one of the department’s highest honors, for his efforts in saving his mother’s life.” [Facebook]