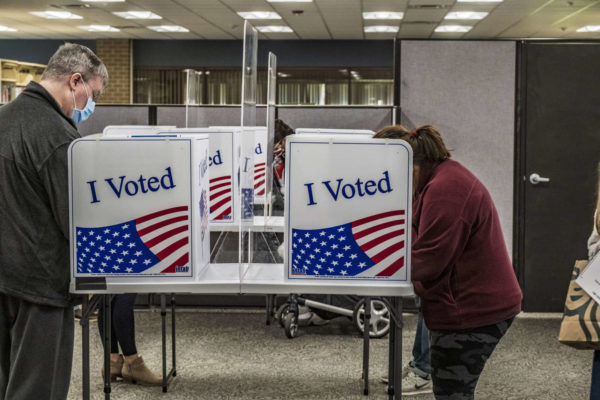 Arlington has just crossed the 50% mark.

New figures released today by the Arlington County elections office show that 85,776 votes have already been cast in the upcoming Nov. 3 election. That represents more than 50% of active voters in the county, and more than twice the early and mail-in votes of the entire record-setting 2016 presidential election.

It’s also up from the 30% early voting and mail-in ballot turnout as of Oct. 16, the day before four additional early voting locations opened.

“The Office of Voter Registration & Elections encourages voters to take advantage of one of our five early voting sites before Saturday, October 31,” Reinemeyer told ARLnow today. “This is the last day to vote early. Waits rarely exceed more than 10 minutes. The full list of locations and hours can be found online.”