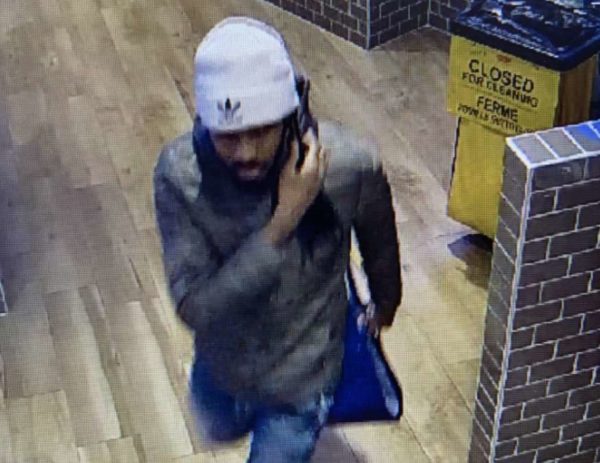 Arlington County police are asking for the public’s help in identifying a man accused of assaulting a woman in Ballston.

The alleged crime happened Tuesday morning on the 4200 block of Wilson Blvd, the same block at Ballston Quarter mall.

Police say the victim was cleaning a bathroom when the man pushed her and slapped her buttocks in two separate incidents nearly a half hour apart. The suspect fled and remains at large. 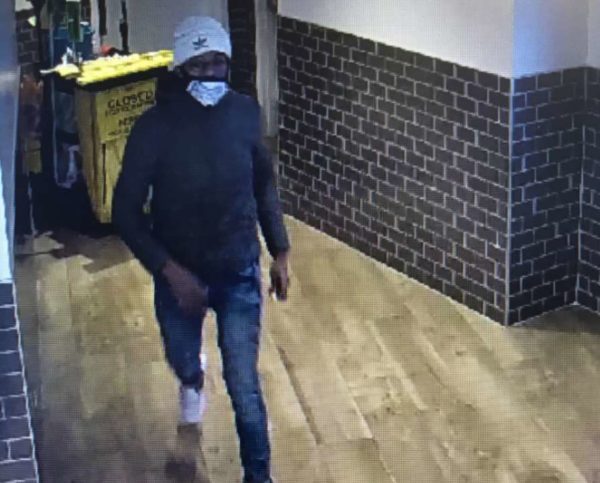 At approximately 10:32 a.m. on November 17, police were dispatched to the 4200 block of Wilson Boulevard for the report of an assault just occurred. Upon arrival, it was determined that at approximately 9:47 a.m., the victim was cleaning a bathroom inside of a business when the male suspect approached her and requested to use it. As the victim attempted to move away from the stall, the suspect blocked her path, began to push her inside and slapped her buttocks. The victim resisted and attempted to call for help, at which point the suspect backed off and left the area on foot.

At approximately 10:13 a.m., the victim was at a nearby closet when she heard noise in the area of the bathroom. As the victim went to investigate, she observed the suspect in the bathroom again. The suspect blocked her path, pushed her back towards the closet, and again slapped her buttocks. He then pushed her further into the closet, grabbed her neck, and attempted to close the door to the closet behind them. The victim resisted and began to call for help, at which point the suspect fled.

Arriving officers canvased the area with negative results. The suspect is described as a Black male in his 20’s, approximately 5’10”-6’2″, and 170-190 lbs., with a full beard, wearing a white hat, blue jeans, gray winter coat, and white sneakers.