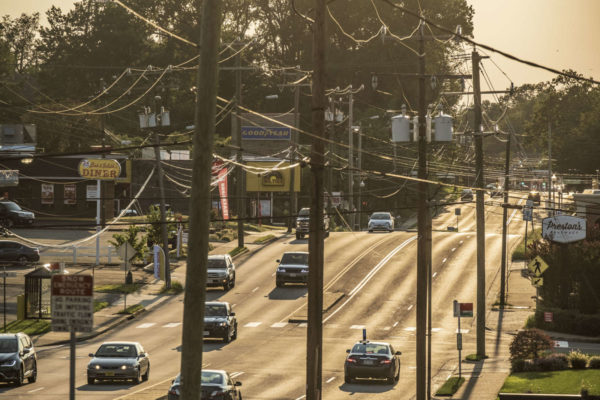 The task force charged with suggesting a new name for Lee Highway (Route 29) has narrowed the list down from 20 to ten finalists.

The Lee Highway Alliance, which is leading the renaming effort, said the list was whittled down by the working group “after four spirited and thoughtful public meetings held between September and December.”

The potential names to make the cut are:

The street suffix of the names that lack them would be determined later.

“The new name for Lee Highway will be the new name not just for a major road, but for a major road that is home to many businesses,” Working Group member Maia Potok-Holmes, said in a press release. “We must consider marketing and branding when making out final decision — for the survival of our businesses and for how we want our community to be perceived. The new name will affect the future of the corridor and the success our businesses.”

The release notes that the final choice will be decided at a meeting next Wednesday, Dec. 9.

“The meeting will be held via Zoom from 6:30-8:30 p.m. and will be open to the public,” the Lee Highway Alliance said. “The first choice and four alternatives will then move to the Arlington County Board, which will decide which name to send to the Commonwealth Transportation Board (CTB) or the Virginia General Assembly for implementation.”

More on the possible names and the selection process, from the press release, is below.

When discussing the top 10 names, Wilma Jones, president of the John M. Langston Citizens Association and a Working Group member, explained, “having three names in the top 10 [Langston, Browne, and Morton] that are important to the community I live in [Hall’s Hill] makes me proud.”

Lynn Coates, a member of the Working Group, noted the significance of these names to the community, saying “I feel resonance with them.” She mentioned Ella Baker and “the importance of the vote, and the work she did.” Baker was a Black civil rights and human rights activist who promoted grassroots organizing.

In explaining his preference for the name Mildred and Richard Loving, Benjamin Keeney, the vice president of the North Highlands Citizens Association and a Working Group member, explained that he and his wife “could not be legally married (in Virginia) if not for the Lovings.”

The Lovings were an interracial couple in Virginia whose 1967 Supreme Court case changed the law to allow interracial marriage.

Working Group member Sandi Chesrown noted that the name Main Street was strongly supported in the community polling and it “aligns with Plan Lee Highway and the recommendations of the Branding and Business Advisory Groups. It is timeless, easy to spell and remember, and provides a sense of place and prosperity.”

Ginger Brown, LHA’s Executive Director, supported the name John M. Langston and noted, “It ticks all the boxes” on a strong local story and involvement as well as a national contribution, and is easy to remember and communicate, and can help brand the corridor. Langston served as Inspector General of Freedman’s and was the first Black person elected to Congress from Virginia.

“Enduring” names were mentioned by some. Mike Hogan, a resident along the corridor, said he “grew up near Democracy Boulevard [in Montgomery County. MD], and sees the same enduring quality in the name ‘Justice.'” […]

The Working Group’s efforts to engage with the Arlington community elicited 186 name suggestions over the past four months. That list was narrowed based on:

Arlington County Board member Katie Cristol praised the Working Group for “the extensive outreach [they] have done.” About 65 volunteers helped LHA implement the project.

The Working Group made a special effort to reach out to Lee Highway businesses to hear their perspectives. Annie Moyer, co-owner of Sun & Moon Yoga Studio and a member of the Working Group, noted, “As a small-business owner on Lee Highway, I see [this renaming work] as a great testament to operating with clarity, compassion and kindness.”

The push to improve Lee Highway began in 2013, when several neighborhoods along the corridor agreed to partner with Arlington County on revisioning and replanning. LHA began discussing changing the entire name — both Lee and Highway — in 2017 to be in accord with their guiding principles. “Neither ‘Lee’ nor ‘Highway’ reflects what we see as the future for this corridor,” said Brown.

END_OF_DOCUMENT_TOKEN_TO_BE_REPLACED

More Stories
Want to Reach Santa This Year? Mail a Letter from the Gulf Branch Nature CenterReading Proficiency Among K-2 Students Trending Down Amid Pandemic