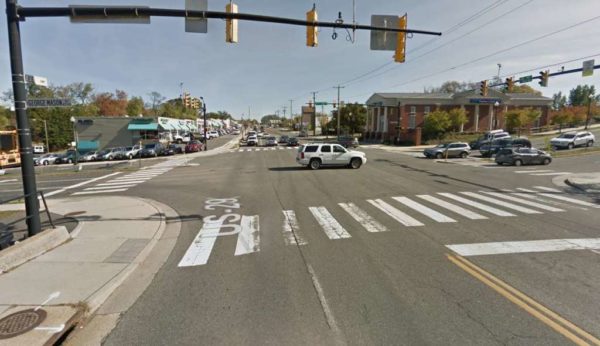 (Updated at 12:55 p.m.) The renaming of Lee Highway is continuing apace.

The Lee Highway Alliance (LHA), which is spearheading a renaming process for the east-west commuter artery also known as Route 29, today announced the 25 members of a Working Group charged with coming up with new names.

Among the members are Arlington NAACP President Julius Spain, Sr.; Lebanese Taverna co-owner Grace Abi-Najm Shea; and Matt Weinstein, a land use attorney and former legal counsel for Arlington Democrats, who will chair the group.

In a press release, below, the Alliance says the Working Group will start holding virtual meetings, which will be open to public viewing, in mid-September.

“Our vision for the future is a welcoming and equitable Main Street, and neither ‘Lee’ nor ‘Highway’ is representative of that vision,” said Ginger Brown, Executive Director of the LHA, which was working on envisioning ways to modernize the car-oriented corridor when it was also tasked with the renaming.

A new video released by the LHA yesterday makes the case for why Confederate Gen. Robert E. Lee’s name should be removed from Route 29 in Arlington.

“I think that there comes a time in history when you need to change in order to move ahead,” the video says.

“It wasn’t named Lee Highway in 1865 or 1866 when the Civil War ended, it was named Lee Highway in the 1920s and 30s,” says Wilma Jones Killgo, who has served as president of the John M. Langston Citizens Association, which represents the historically Black neighborhood of Halls Hill, along Route 29.

“When Black people started getting educated and creating businesses and creating their own wealth,” she continues, “it was all a series of intimidations.”

The new name chosen for Route 29 should be “welcoming to all people and businesses,” should “work for all four Northern Virginia jurisdictions that include Lee Highway, and should promote “economic vitality” via effective branding, the Alliance’s website says.

The Working Group has four meetings scheduled, starting on Sept. 16 and running through Jan. 13. The full LHA press release about the group’s formation is below.

Ginger Brown, Executive Director of the Lee Highway Alliance, today announced a Working Group that will lead the effort to recommend new names for Lee Highway to the Arlington County Board. The 25 members of the Working Group reflect a variety of backgrounds and skills, from business ownership to civic involvement.

LHA has been in conversation with the County Board for nearly three years about renaming the 4.6 miles of Lee Highway to better reflect a welcoming, vibrant, and future forward identity. “We are beginning the conversation on replacing both of the words present on Lee Highway” says Brown. “Our vision for the future is a welcoming and equitable Main Street, and neither ‘Lee’ nor ‘Highway’ is representative of that vision.”

In mid-September, the group will begin its community engagement work to solicit ideas for new words for Lee Highway. The group’s virtual meetings, which are also slated to begin mid-September, will be open to the public for viewing.

The Working Group will also receive input from Advisory Groups made up of subject-matter experts.