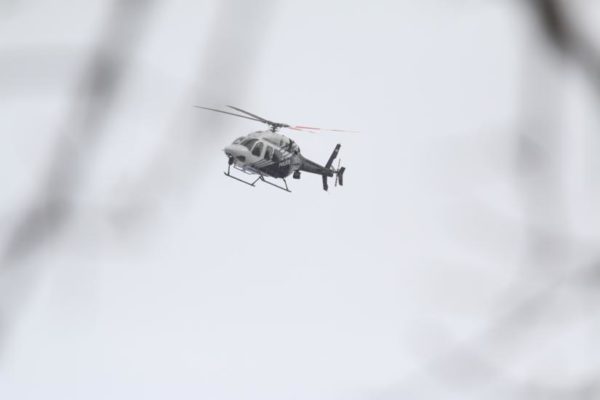 Update at 1:50 p.m. — The missing man has been found along Army Navy Drive, near 28th Street S., according to police radio traffic. He was located as a result of ACPD’s Project Lifesaver technology.

Earlier: Arlington County police are looking for a missing senior in Crystal City, Pentagon City and other surrounding neighborhoods.

Police are using Project Lifesaver equipment in the search and are being assisted by the Fairfax County Police Department helicopter, according to scanner traffic. The Del Ray area of Alexandria is also being searched.

The man — who’s 5’10”, Hispanic and in his late 70s — went missing around noon, and is considered to be endangered.

He was “last seen wearing a black long sleeved shirt and a burgundy polo, khaki pants and a brown hat with a black rim… in the area of the 800 block of 23rd Street S.,” said an Arlington Alert text. “Anyone with any information please contact the Arlington County Emergency Communication Center at 703-558-2222.”

Mr. Iraheta visited the Pentagon Centre at Pentagon City earlier today and is known to frequent the City of Alexandria. @FairfaxCountyPD helicopter is assisting with a search of the area.

Anyone with information on his whereabouts is asked to contact police.